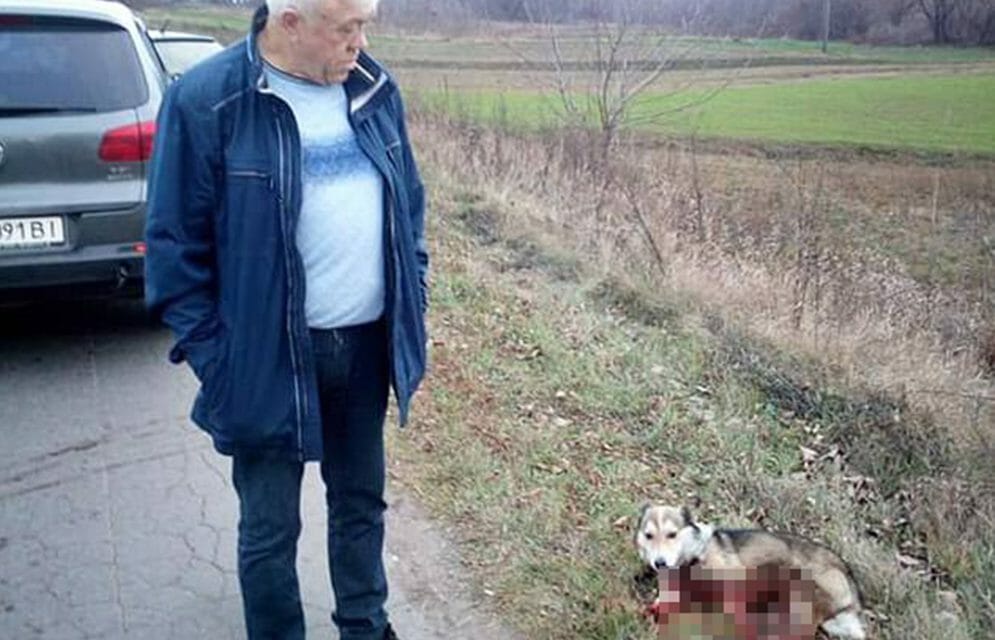 UPDATE (10/25/2021): Lady Freethinker filed a public information request with the National Police of Ukraine to get an update on this case and received back a response in Ukrainian.

According to a translation of that response, this case was closed on Nov. 5, 2020, when Voldymyk Baidych was ordered to pay an administrative penalty of 3,400 hryvnias — the equivalent of about $129 USD — for violating the Code of Ukraine on Administrative Offenses’s animal cruelty provisions.

Barsik has been kept at the canine center of the main directorate of the National Police Khmelnytsky Region since Nov. 19, 2019. His psychological and physical condition have been assessed as “excellent,” according to the translated response.

While we are overjoyed that Barsik has reportedly recovered from his injuries and is doing well, we are scandalized that whomever caused these horrific injuries faced such a paltry penalty. We will continue to do everything we can to raise awareness about these animal cruelty cases to advocate for their animal victims. 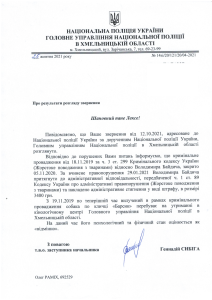 The public records response of the National Police of Ukraine

In a shocking case of animal abuse, a dog named Barsik was tied to a car and dragged along a road, leaving behind a mile-long trail of blood as his battered body scraped against the rough pavement.

Horrified motorists in Ukraine’s Khmelnytskyi region saw Barsik bleeding profusely and pulled over to help. The dog’s paws were skinned to the bone and he endured painful injuries to his stomach and neck. He was so traumatized, he shook for two days, according to the vet who treated him.

At the scene, witnesses encountered Volodymyr Baidych, a high-ranking regional government official. Baidych allegedly said that he was punishing Barsik for biting his mother, and planned to abandon the injured dog in the woods.

Local officials have launched a criminal case against Baidych for the appalling act of cruelty.

Barsik’s abuser must answer for his actions and should not be in a position of public authority. Sign this petition urging the Khmelnytskyi Regional Prosecutor’s Office to pursue this case to the fullest extent of the law and call for a lifelong ban on having any animals.