SIGN: Justice for Dog Locked in Crate and Left to Die in 110-Degree Heat 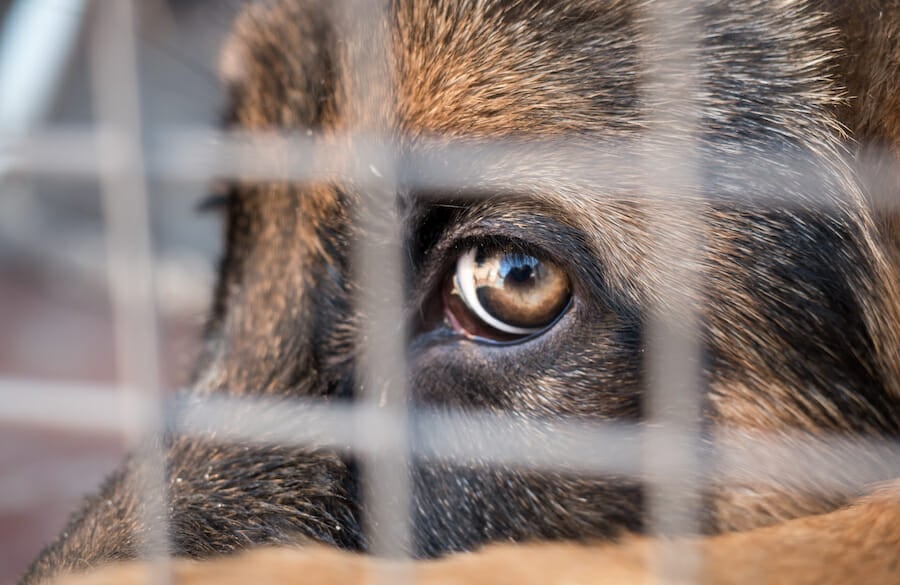 UPDATE (6/1/2022): We sent our petition, signed by thousands of people, to Phoenix Police Chief Jeri Williams to protest the decision to close this case. Thank you to everyone who signed our petition demanding action for this innocent dog, may he rest in peace. We will keep doing all we can to advocate for animals everywhere. — Lady Freethinker Staff

A German Shepherd was locked in a cage and left on a sidewalk on an extremely hot Arizona afternoon. Suffering intensely with no chance of escape, the dog slowly baked in the hot sun. By the time a passer-by discovered the dog, it was 110 degrees outside and the animal was having seizures.

Vets did their best to save his life, but it was too late. He was malnourished and had a temperature of 109.5 degrees — far higher than the normal 101-102 for a dog. The poor animal died on August 2 from heatstroke. He was only four-to-five years old.

Despite the outrageous degree of the crime, the Phoenix Police have chosen to end the investigation without any charges filed. They say nobody will be held responsible, and no further details have been released.

Animal cruelty is a serious offense. By not filing charges, officials are sending the message that it’s okay to abuse, torture and kill animals.

We must urge authorities to treat animal cruelty cases with the severity they deserve.