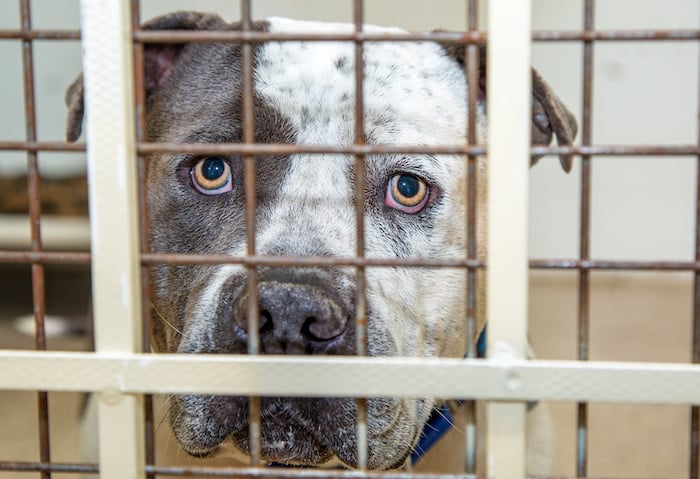 The mangled body of a pit bull was found “ruthlessly discarded” in a garbage bag like yesterday’s trash on the side of a highway in Walker County, Ala., according to sheriff’s deputies who investigated. They suspect the innocent animal is the victim of an illegal dogfighting operation, according to WBRC.

The photos of the dog’s remains are “too graphic to publish,” Walker County Sheriff’s Office said in a Facebook post of the incident. The injuries are consistent with dog fighting and were so severe that authorities suspect the dog died because of them.

“It’s absolutely heartbreaking to think about how people would abuse living animals like this and then simply discard them like trash,’’ Walker County Sheriff Spokesperson T.J. Armstrong said in the post.

Sign our petition urging Walker County Sheriff Nick Smith to make this cruelty investigation a priority, stopping at no expense until those responsible for this poor dog’s horrific and grisly death are arrested and with applicable charges forwarded to a prosecutor.

The Walker County Humane Society is offering a $1,000 reward for any information that leads to an arrest and conviction of those responsible. The Walker County Sheriff’s Department is asking anyone with information about this heartbreaking and disturbing case of animal cruelty to contact  Sgt. Emberg directly at (205) 302-6464.