Sign: Justice for Dog Starved So Severely, She Chewed Off Her Own Leg

Home » Animals » Animal Rescue » Sign: Justice for Dog Starved So Severely, She Chewed Off Her Own LegBy Jane Wolfe 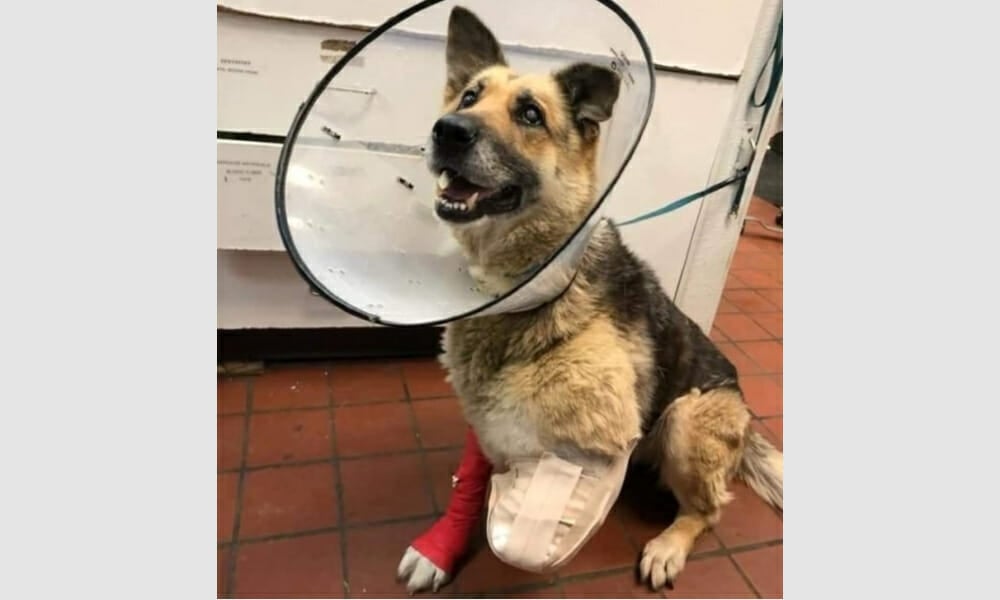 When they found her, she’d gnawed off her own leg. A severely malnourished German shepherd dog called Zoe was discovered chained in a yard in central New York with no access to food or water and only a plastic carrier for shelter.

The person who spotted the suffering dog said her leg looked like it had been “blown off,” but when Zoe was taken to Oneonta Veterinary Clinic by Susquehanna SPCA, X-rays showed bones in her stomach.

“The dog was very emaciated,” explained vet Dr. Joan Puritz, who said she’d never seen anything like it before. “She may not have been getting enough nutrition. The leg was probably injured and she was trying to take care of it herself. It breaks your heart. She’s such a sweet dog.”

Unfortunately, that wasn’t the end of Zoe’s troubles. When the nine-year-old canine was taken to Cornell University veterinary school for more treatment, staff found a cancerous lump in her shoulder and discovered that she has a heart murmur as well as anemia. Thankfully, Zoe has now been fostered, but the neglect she suffered and her poor health means she will need ongoing treatment.

Zoe’s caregiver, Carl Pritchard, was arrested and charged with numerous counts including torturing and injuring animals and failure to provide proper sustenance. We must speak out to ensure no other animals will ever experience such horrific suffering because of this man.

Sign this petition urging Otsego County District Attorney John Muehl to prosecute this case to the fullest extent of the law and make sure the defendant can never have an animal again.