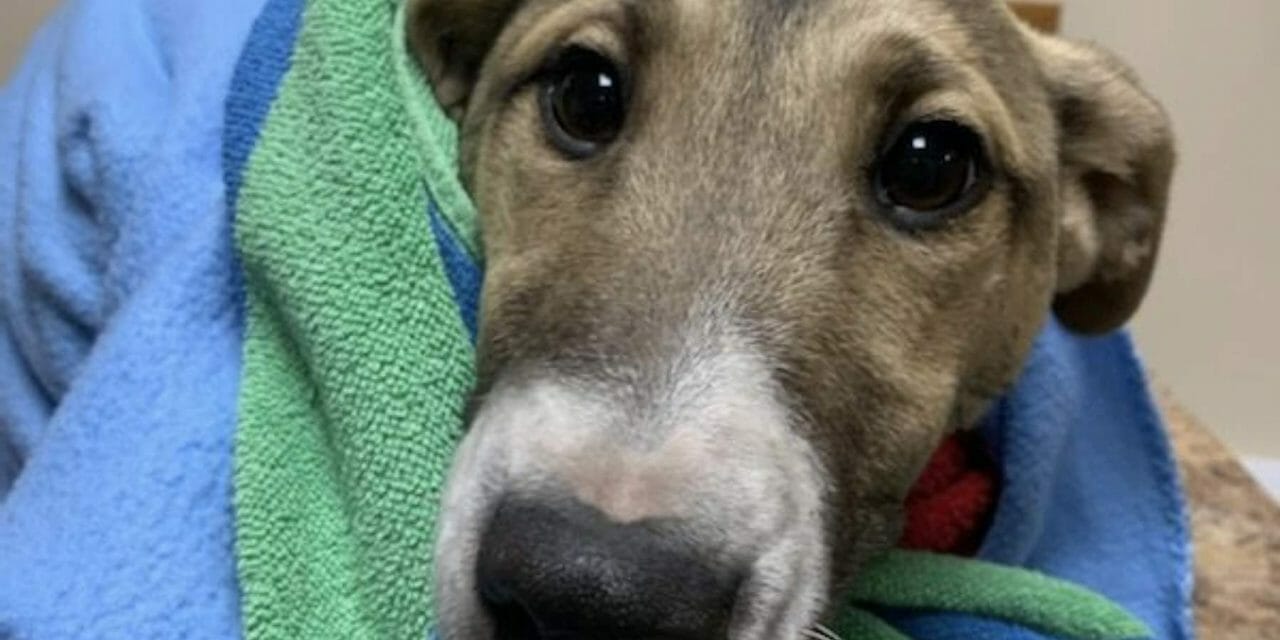 UPDATE (3/29/20): James Wagner pleaded no contest to a reduced charge of cruelly mistreating an animal. Wagner was sentenced to 60 days in jail, but will only serve 29 days, as he was given credit for 31 days served. Authorities shared that an anonymous donor from Colorado has covered all medical costs. While we are relieved that he was given jail time, this sentence does not fit the severity of the crime.

A helpless dog clung to life after being stabbed at least 15 times and rushed into a two-hour emergency surgery in Red Willow County, Nebraska, narrowly escaping death.

One day earlier, a citizen’s report of a homeless man covered in blood with a dog in his possession had caught the attention of Nebraska State Patrol troopers. The suspect, 29-year-old James Wagner, had two dogs with him days earlier, according to witnesses.

Wagner was neither dogs’ rightful guardian, the police determined. Authorities charged him with felony animal cruelty for allegedly stabbing the innocent puppy and seized the other puppy that remained in his care.

Authorities must treat this case with the severity it deserves to protect other animals from harm at the attacker’s hands. Sign this petition urging Red Willow County Attorney Paul Wood to prosecute the perpetrator to the fullest extent of the law, including intensive psychological treatment and a lifetime ban on having animals.