SIGN: Justice for Cowering Dog Punched Over and Over on Camera 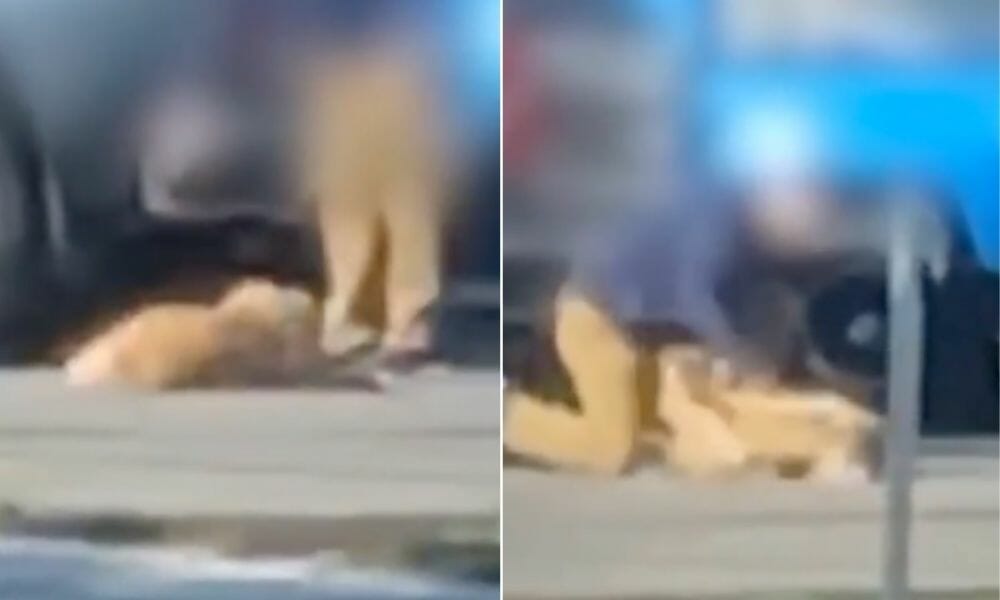 Image via Screenshot From Video

UPDATE (2/2/2022): Jon Robert Wilcox pleaded guilty to one count of animal cruelty and is facing punishment of up to 93 days in jail, a $1,000 fine, and 200 hours of community service according to Fox 17. The case is being heard in the 61st District Court in Grand Rapids, with sentencing planned for Jan. 4, 2023.

Meanwhile, in happy news, the dog – named Higgins – has found a forever home! He originally went to the Kent County Animal Shelter, who placed him into a foster family that fell in love with him. To minimize the stress to Higgins, the shelter decided to let him stay in that caring home when the foster family expressed interest!

We will continue to follow this case. —Lady Freethinker Staff

In a horrifying video, a terrified dog cowers down in front of a man who then punches him multiple times before lifting him up and walking away.

A shocked eyewitness recorded the upsetting incident in an industrial area of Grand Rapids, Mich., not far from the abuser’s employer, Fide Freight.

“Yesterday, we learned of the disheartening situation that took place with one of our employees,” said the company in a statement posted to its Facebook page. “Acts of this measure are not acceptable and should come with repercussions.”

The company said the man has been fired. He has also been arrested.

Prosecutors say they plan to charge Jon Robert Wilcox, 25, with an animal cruelty misdemeanor, which is punishable by up to 93 days in jail, a $1,000 fine, and 200 hours of community service, according to ABC 13. However, penalties in such cases can be increased, depending on the severity of the injuries inflicted on the animal.

The dog is at the Kent County Animal Shelter, where he will be examined by a veterinarian to determine the extent of his injuries.

Sign this petition urging Christopher R. Becker, the prosecuting attorney for Kent County, Mich., to prosecute this man to the fullest extent of the law, and send a message to all who might consider taking their aggression out on innocent animals that this behavior is unacceptable.