SIGN: Justice for Coyote Rescued from Water, Only to Be Cruelly Put Down 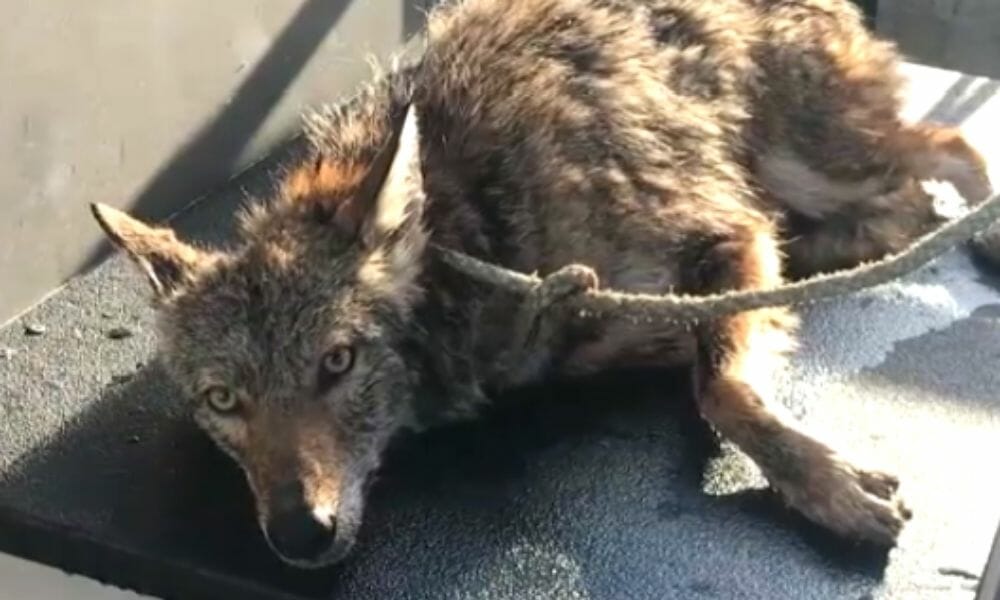 The Florida Fish and Wildlife Conservation Commission (FWC) released a report from the Inspector General on March 6, 2020 that revealed the coyote was killed because of a “significant miscommunication,” according to the report.

Investigators found that although FWC officers did not break any laws when they euthanized the coyote, there was confusion among FWC personnel regarding the classification of coyotes in Florida. There was also confusion about euthanasia policies and offices “are not properly trained,” investigators found, according to the report.

FWC Executive Director Eric Sutton released a statement after the report was published, saying, “The entire situation was one we had not experienced before, and our Inspector General’s report has provided recommendations to improve communication, clarify and update policies, and institute appropriate training. Once implemented, these recommendations will allow us to be better informed and equipped for similar, future situations.”

The FWC told Lady Freethinker that the agency has since implemented many of those recommendations.

“The FWC has updated and implemented several trainings including the Conflict Wildlife Officer Specialist Training to ensure that staff are better informed on communication procedures, the classification of coyotes as a naturalized species in Florida, and other  aspects of wildlife incident response,” the agency said via email.

The agency’s “talking points” about coyotes also have been updated, and the agency is working to update the Wildlife Incident Management Plan to provide more clear information on response procedures.

“We believe that the updates that have been made or are in progress will help to ensure that the desired outcomes are achieved in the future when responding to similar situations,” the FWC said.

We are grateful that the Inspector General took this killing seriously, conducted a thorough investigation, and outlined improvements for the program. Every life matters.

We will continue to watch the situation in Florida and and to highlight any other instances of unnecessary killing of innocent wildlife. —Lady Freethinker Staff

What started as a heroic rescue turned into a horror story after Miami-Dade Fire Rescue pulled a stranded coyote from the waters of PortMiami. The coyote was exhausted but otherwise healthy after the 30-minute swim, and was to be cared for by Wildlife Rescue of Dade County — until the Florida Fish and Wildlife Conservation Commission (FWC) made the cruel and baseless decision to put him down.

“We were ready to vaccinate it against parvo, distemper and rabies,” Lloyd Brown, the rescue’s director, told 7 News Miami.

But that didn’t happen. Brown spent the day preparing for the new arrival, whom he planned to rehabilitate, but instead, the FWC destroyed the coyote.

“The reason I was given was that coyotes are considered to be nuisance animals,” Brown explained. “In my opinion, the coyotes are native wildlife.”

“This is an animal that has over the years migrated down to the state, it’s one of the most adaptable animals in the world,” he told NBC Miami.

“We would have loved the opportunity to try and save this guy and put it back in the wild,” Brown said.

In killing this innocent coyote as a so-called “invasive species,” the FWC acted according to terrible policies that destroy healthy, innocent wildlife. Sign this petition urging the agency to change their ill-conceived guidelines and work to save animals, rather than kill them.