SIGN: Justice for Cats Shot and Killed with Air Rifle by Indonesian General 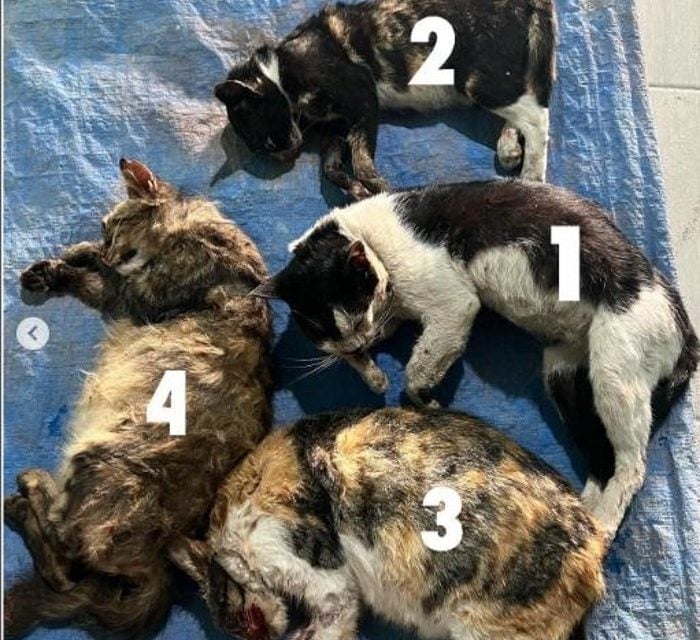 PETITION TARGETS: Commander of TNI Sesko and TNI Legal Team and Indonesian Ambassador to the U.S.

At least six defenseless stray cats have been cruelly killed or seriously maimed with an air rifle by an Indonesian general now under investigation for animal cruelty, Coconuts-Jakarta reported.

A 58-second video showing multiple cat corpses posted to Instagram by an animal advocate surfaced in mid-August, with additional videos in the days that followed showing additional dead cats.

The videos documented at least six cats with wounds, including two pregnant females and two other cats who died and two who suffered serious injuries after being shot in the mouth and eye, according to a local animal shelter quoted in news reports.

The Indonesian National Military, also known as TNI, released a statement following an investigation that a general with the initials NA – who has since been identified as Brigadier General Nuri Andrianis Djatmika in news reports – is currently facing possible animal cruelty charges.

The high-ranking officer reportedly shot with his personal air rifle an undisclosed number of cats at the Staff and Command (Sesko) School to keep eating and living areas “sanitized” and not out of an inherent hatred of cats, according to the TNI statement.

Intentionally killing cats is unacceptable. The individual responsible must be held fully accountable for this blatant cruelty.

Sign our petition urging TNI officials to treat this case of fatal and intentional cruelty with the severity it deserves, including decisive action against the person(s) responsible as well as training for all officers in more humane alternatives so that this horrific act is not repeated.