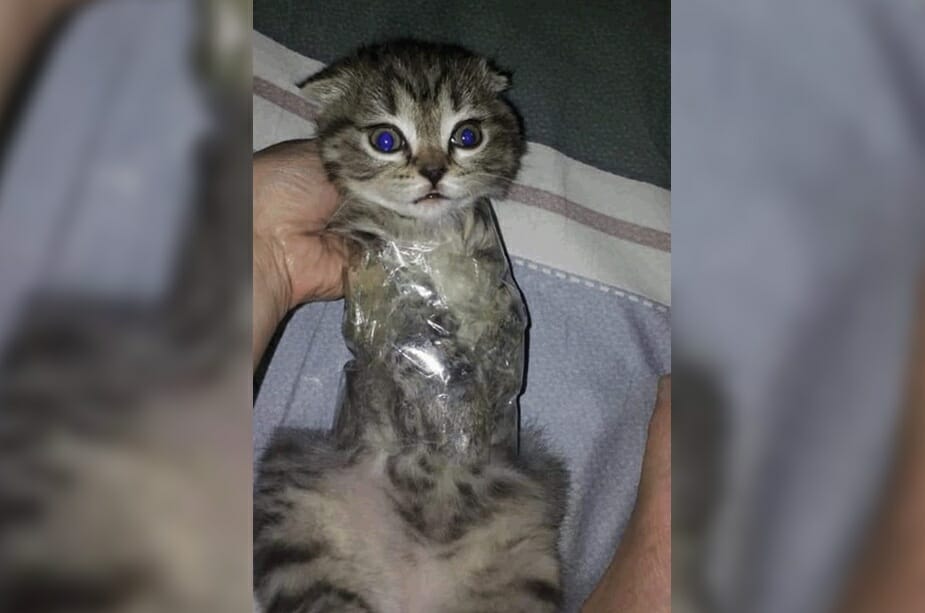 UPDATE (4/29/2021): Lady Freethinker sent 43,048 signatures to the Hong Kong Department of Justice Prosecutions Division and received the following response from Michael Wong, a senior assistant director with the division.

“We are given to understand that the case is being investigated by the police,” Wong wrote via email. “When the police have completed their investigation, in appropriate cases, the matter will be sent to this Department for legal advice.  Upon receipt of requests for legal advice, we shall consider the evidence in accordance with the applicable law and the Prosecution Code and advise the police on whether there should be any prosecution.”

We will continue to follow this case and thank everyone who has signed our petition so far demanding accountability for this cruelly abused kitten.

Cruel images of a fragile, terrified kitten bound tightly in clear tape — allegedly as a punishment for not cuddling with a “guardian” — have gone viral and sparked international outrage, Hong Kong News reported.

The post, which appeared in a cat lovers’ Facebook group, shows the kitten’s arms constricted to their abdomen, along with this text: “The previous cat I owned would sleep beside me putting her paws around my neck, but this cat failed to do so, I have no choice but to wrap the cat in tape.”

Police traced the images to a residential home, where they found the feline and arrested a 45-year-old woman on suspicion of cruelty to animals.

While the rescued kitten is recovering, outraged social media users have exposed other suspected abusive acts by the woman, including a picture of her grabbing a cat by the neck and allegations that she bought a cat online and tried reselling the animal at a higher price just days later.

In Hong Kong, cruelty to animals carries a maximum penalty of three years in jail and a fine of up to HK$200,000– the equivalent of about $25,000 U.S. dollars. Whoever cruelly taped this defenseless kitten’s legs, rendering the feline unable to move or walk, must answer for their actions.

Sign this petition urging Hong Kong prosecutors to pursue this alarming case to the fullest extent of the law, sending a message to the world that animal cruelty will not be tolerated.