SIGN: Justice for Birds with Legs Cruelly Glued to Signpost 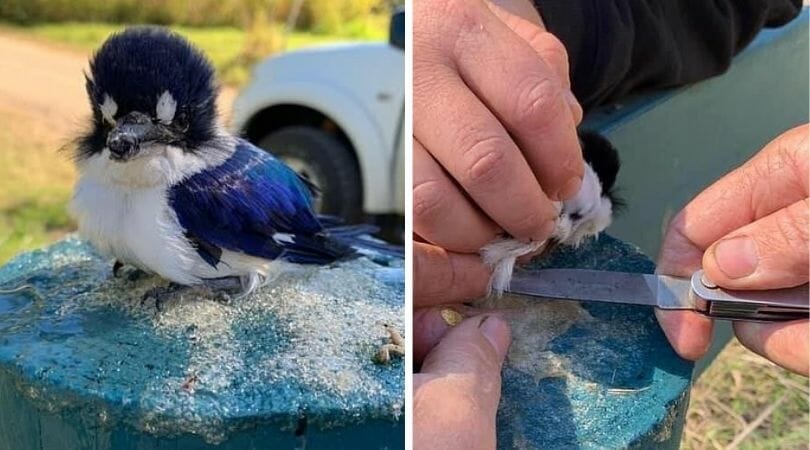 Suffering and desperate to to fly away, two Kingfisher birds were glued by the legs to a signpost at the Cathu State Forest in Queensland, Australia.

Onlookers encountered the heartbreaking scene, where one bird, sadly, had already died. They cut the other distressed bird free and rushed him to a qualified caretaker.

Witnesses described the act as deliberate.

“The amount of glue and stuff where these birds were stuck, it definitely wasn’t an accident,” Kiya Durbridge, whose friend discovered the birds, told 7News.

Such horrifying cruelty is inexcusable, and these beautiful birds deserve justice. Sign this petition urging the Queensland RSPCA to use all available resources to thoroughly investigate this alarming incident and to identify and arrest the suspect(s) involved.

This is an ongoing investigation. The RSPCA urges anyone with information about this case to contact them.