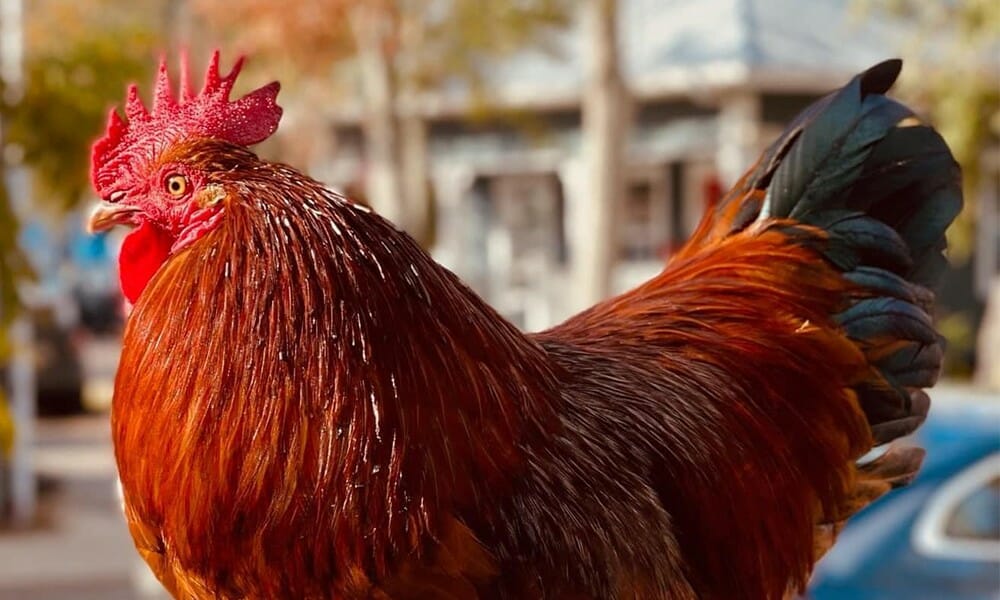 Carl, a rakish and friendly community rooster beloved by children and local businesses, was kidnapped and killed and his limp and lifeless body dumped less than 15 minutes later by a youth corrections officer in Ocean Springs, Miss.

Brokenhearted citizens who realized Carl was missing put out a public call for information, then gathered surveillance video from businesses Carl was known to frequent to visit his human friends, according to People.

Ocean Springs police used that footage to issue an arrest citation for animal cruelty to Kendra Shaffer, a juvenile corrections officer who has since been fired from her job with the Jones County Sheriff’s Office.

Shaffer has not cooperated with officers during the investigation and has refused to identify the other people with her during the kidnapping and killing, according to The Sun Herald.

Meanwhile, city residents have erected shrines for Carl, and a local funeral home has donated a customized coffin, complete with pictures of Carl and the inscription “Legends Never Die.”

Showing the depth to which this innocent bird was loved, Ocean Springs also is planning a New Orleans Style second line funeral for Carl, including a jazz and funk band to commemorate his life and the joy he brought to residents, according to one business owner.

This innocent and beloved bird, who made a positive difference in the lives of so many and harmed no one, did not deserve to endure this callous death.

Sign our petition urging the Jones County Prosecutor to treat this senseless act of intentional and fatal cruelty with the severity it deserves, including a lifelong ban on owning animals for the individual(s) involved