SIGN: Justice for Bear Pelted with Stones to Fall to Terrifying Death 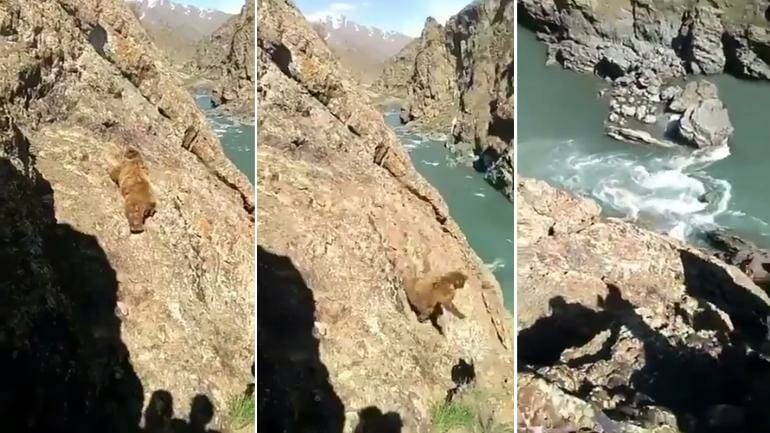 After a young brown bear wandered into a village in India’s Jammu and Kashmir state, locals terrorized, chased and pelted the animal with stones before the terrified bear fell 50 feet into a river to die, according to reports.

Smartphone footage from earlier in the day shows the panicked bear trying to flee from a mob of locals. The bear becomes painfully tangled in barbed wire, before pulling free and escaping.

Another video shared on Twitter shows the bear desperately clinging to the side of a steep mountain while people throw rocks at the petrified animal. One rock hits the bear on the head, causing them to lose balance and fall, tumbling and crashing down the cliff before disappearing into a river as the crowd cheers.

This is macabre, happened today at Drass. pic.twitter.com/rtnqzghLF3

Wildlife conflict is an ongoing problem in India, as human populations grow and destroy precious habitat. This heartbreaking incident highlights the need to increase protections for the critically endangered brown bears in the country, along with other species at risk.

Sign this petition urging India’s Minister of Environment, Forest and Climate Change to not only find and prosecute all involved, but to increase education for villagers on how to deal with wild animal conflicts, so no more creatures suffer a similar fate to this bear.