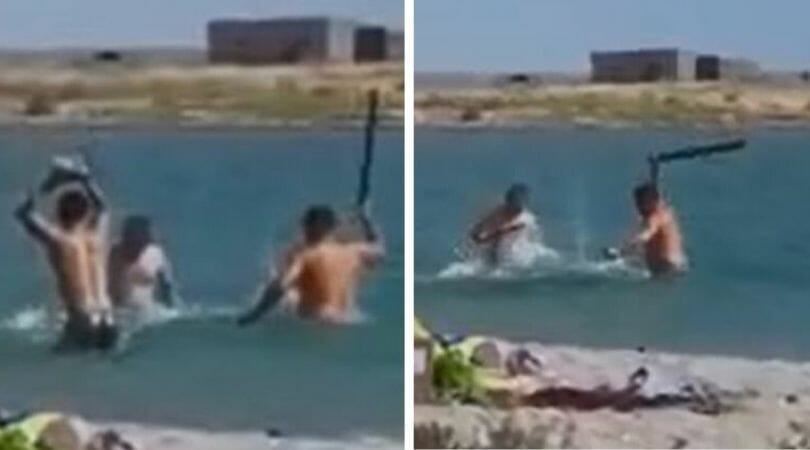 Surrounded by a mob of attackers, an innocent seal passed out after being repeatedly beaten with sticks and rocks by tourists at a beach in Kuryk, Kazakhstan. Beachgoers then used the defenseless creature’s limp body as a prop for photographs with children before tossing it back into the water, according to witnesses.

Appalling video footage shows several men laughing as they brutally assault the flailing animal. It is unknown whether or not the baby seal survived the brutal attack.

“The way people acted in this video is outrageous and wild,” said Saken Dildakhmet, a spokesperson for the Ministry of Ecology, Geology, and Natural Resources. “The seal in this clip is young and playful. The seals are mostly very friendly and curious marine animals. We should admire them.”

No arrests have been made. This seal deserves justice, and the perpetrators must answer for their inexcusable behavior. Sign this petition urging Ambassador Erzhan Kazykhanov to push for a full investigation and prosecution in this heartbreaking case, showing that animal cruelty will not be tolerated in Kazakhstan.