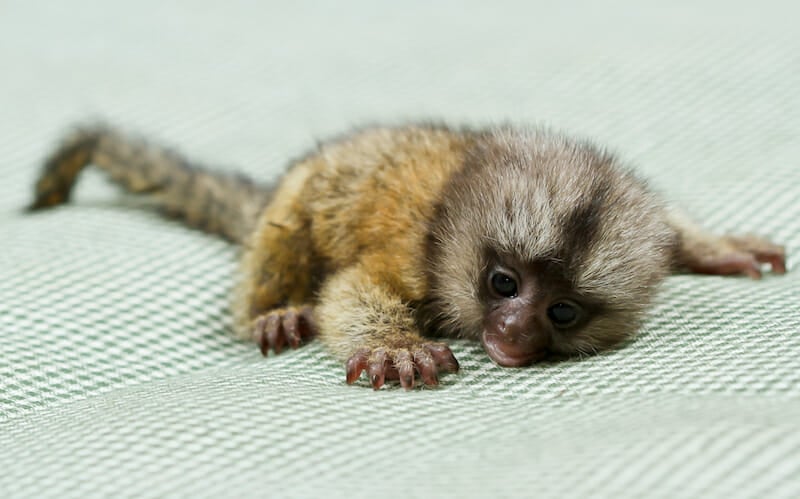 UPDATE (8/15/2022): Nova and David Paul Brettell pleaded guilty, have been fined $500, and given 11 months and 29 days of probation. They also were ordered to forfeit the marmoset who survived, are banned for 10 years from owning animals, and must also complete an animal treatment program, according to an update from In Defense of Animals. Probation for an act of fatal neglect is not justice. We will keep doing all we can for animals. —Lady Freethinker Staff

A 9-week-old baby marmoset monkey died an agonizing death inside a brutally hot car, locked up with no way to escape, while his guardian was cooling down at a Tennessee water park, according to local police.

Another 5-week-old baby monkey trapped in the car barely survived the traumatizing ordeal,  with veterinarians administering emergency medical care at the Appalachian Animal Hospital saying he was “very dehydrated.”

Police who arrived at the Soaky Mountain Waterpark in Sevierville, Tenn., on a day when external temperatures topped 87 degrees found the one marmoset dead and the 5-week-old in severe distress inside the vehicle.

At that temperature, it takes only 30 minutes for the environment inside an enclosed car to reach over 100 degrees. When temperatures outside climb to between 80 and 100 degrees, the internal temperature can reach a scorching 130 to 172 degrees.

Sign this petition urging Sevier County District Attorney Jimmy Dunn to prosecute this heinous crime to the fullest extent of the law, including a ban on ever again having animals.