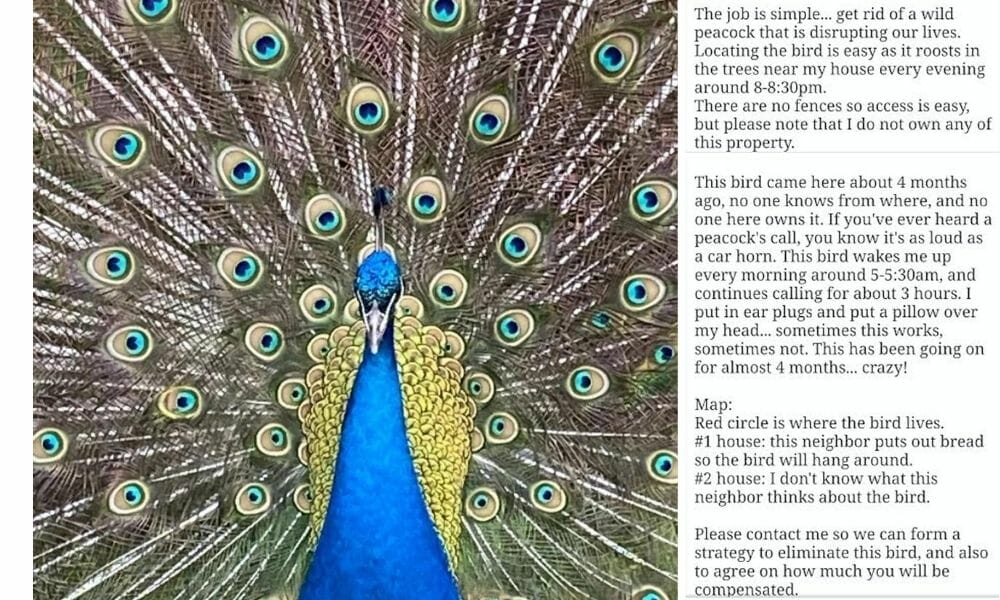 Found covered in his own blood with an apparent gunshot wound to his feathered chest, Azul the peacock and his untimely death left residents of McKinleyville, Calif. stunned and heartbroken, the Washington Post reported.

Azul likely suffered for hours before finally succumbing to his injuries, according to local resident Melissa Glass — who knew Azul well and was alerted to the bird’s death by a visibly-upset resident who found him.

But clearly not everyone cared for the peacock. A Craigslist ad posted in June reads: “The job is simple, get rid of a peacock that is disturbing our lives by any means necessary.”

Azul deserves justice. If he was deliberately killed, both the person responsible for the ad on Craigslist and the killer must be found and arrested for their crimes.

The Humboldt County Sheriff’s Office is currently investigating the case. If found, the persons responsible could be charged with conspiracy to commit a crime and animal cruelty.

Sign this petition urging the Humboldt County Sheriff’s Office to not take this case lightly, and use all available resources to find Azul’s killer and the person responsible for the Craigslist ad that may have led to his death.