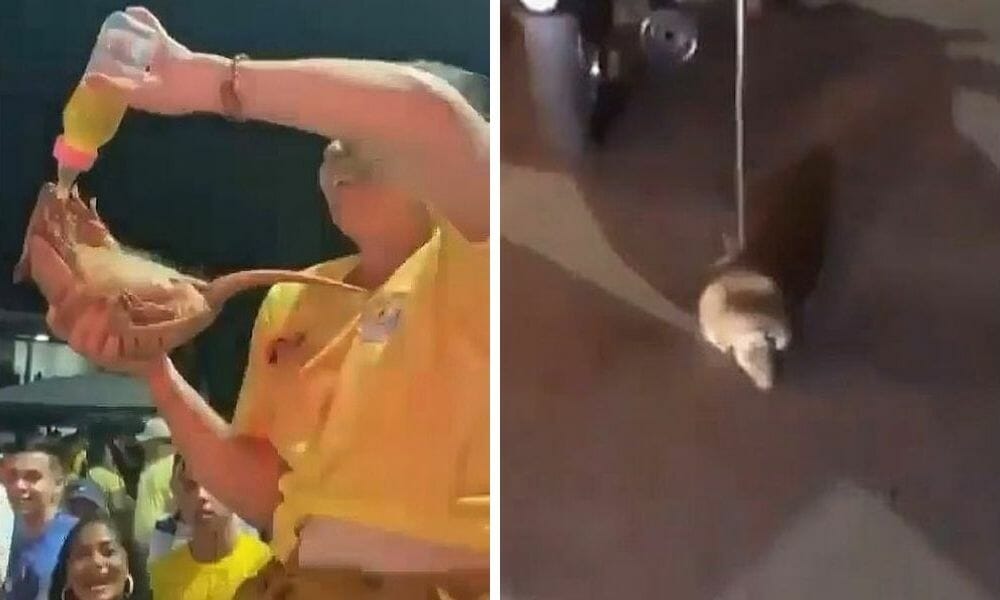 Partygoers force-fed alcohol to a defenseless armadillo before tying him to the back of a motorbike and dragging him down the street during a celebration in Caridade, Brazil, the Daily Mail reported.

The horrifying viral video shows a woman pouring yellow liquid into the visibly terrified creature’s mouth and a man grabbing the armadillo by the tail and tossing him in the air. In a brutal ‘grand finale,’ they race down the street on a motorbike with the armadillo tethered behind and scraping against the rough pavement, as the surrounding crowd laughs and cheers.

Mayor-elect Simone Tavares, whose election victory the crowd was celebrating, expressed her “total repudiation of any act of cruelty towards animals” on Facebook.

Police have identified two suspects and charged them with animal cruelty. The pair reportedly denied the allegations but admitted to being heavily intoxicated at the time the shocking acts occurred. The video evidence speaks for itself.

This innocent armadillo deserves justice. Sign this petition urging the Ceará State Attorney General Juvencio Viana to prosecute the perpetrators to the fullest extent of the law, showing that animal cruelty will not be tolerated in Brazil.