SIGN: Justice for 38 Frenchies Who Suffocated to Death on 10-Hour Flight 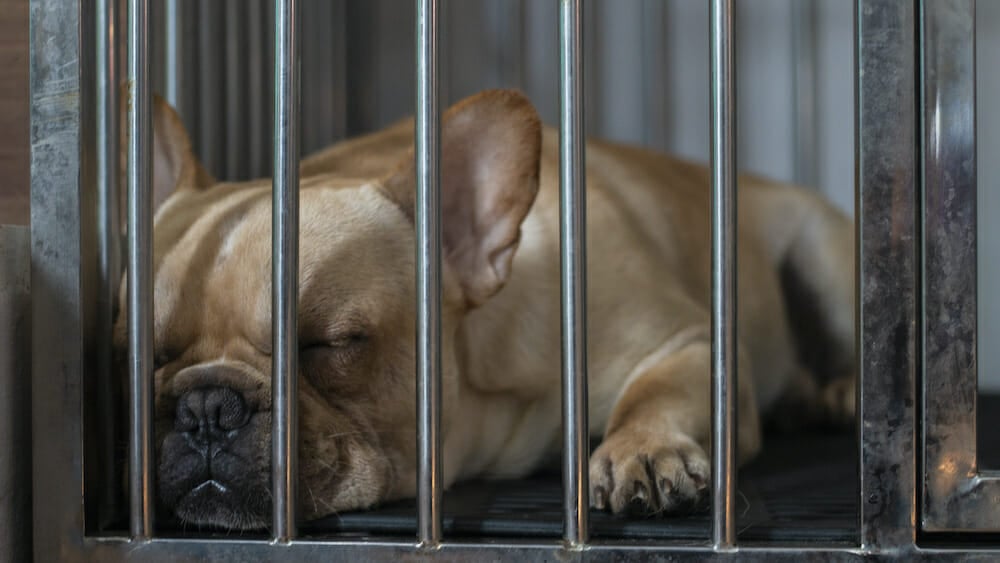 UPDATE (1/12/2022): The Canadian Food Inspection Agency (CFIA), following its investigation into this tragic event, implemented new import rules for puppies less than 8 months old, effective May 15, 2021. The changes restrict importers to single entry permits. Importers have to specify the number of dogs they are bringing, provide rabies vaccinations, and treat for parasites prior to arrival, identify their specific route, and schedule a CFIA inspection at the point of crossing into Canada, as well as a pre-approved, pst-import quarantine facility.

“These changes are designed to crack down on those involved in shipments of puppies that don’t meet Canadian animal health and certification requirements,” said the Hon. Marie-Claude Bibeau, Canada’s minister of Agriculture and Agri-Food. “The new rule raises the bar on preventing potential animal abusers and make it clear that they will not be tolerated.”

Although we are disappointed that the Ukrainian government has not yet taken any action we are aware of, we applaud the Canadian government for stepping up to do the right thing for these innocent puppies. Thank you to everyone who signed our petition demanding justice and accountability for these dogs. —Lady Freethinker Staff

After a plane landed in Toronto from Ukraine, airport workers discovered a shocking scene on board: 38 French Bulldogs lying dead in their cages, likely from suffocation during the flight, and hundreds more covered in vomit and barely able to stand, dehydrated from traveling so far without water.

French Bulldogs are already so vulnerable to respiratory problems that some airlines refuse to allow them on their planes, but this particular flight reportedly shrink-wrapped some of the cages, dramatically increasing their likelihood of death.

The helpless dogs were likely imported from large-scale breeders, or puppy mills, as the demand for French Bulldogs has soared during the current coronavirus pandemic, according to the Daily Mail. Even for commercial breeders, though, transporting 500 dogs on a plane is a near impossible task.

The investigation is still ongoing, but one thing is clear: innocent dogs’ lives are being taken for profit, and it must end.

Sign this petition urging Ukrainian Ambassador to the United States Volodymyr Yelchenko to push the Ukrainian government to ban all puppy mills involved in this tragic event, potentially saving hundreds of dogs from suffering a similar fate.