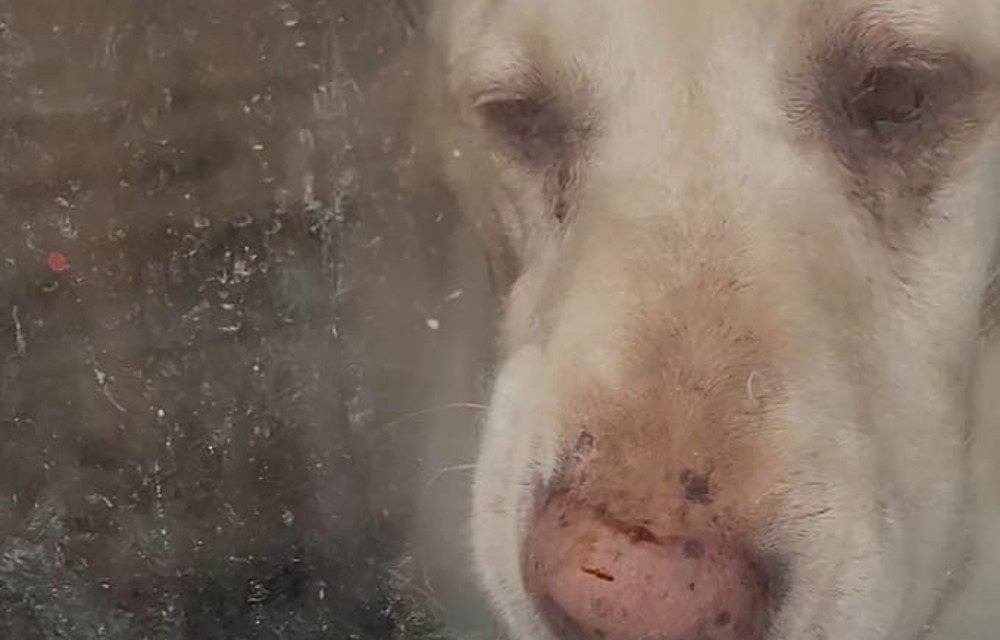 Piles of fly-covered garbage bags filled with more than 30 dead dogs, the pervasive smell of death, and more than a dozen other dogs who reportedly had been burned or neglected — that was the horrific scene that an animal advocate and local authorities reportedly discovered in coastal Mississippi following a complaint of possible animal cruelty.

Horrifically, the cruelty also allegedly happened at the hands of a business claiming to be an animal rescue, where people unwittingly brought unwanted dogs.

Acting on a tip she received in February, animal advocate Connie Call reportedly arrived to find the corpse-filled bags, dogs who had been burned, and an emaciated Labrador retriever in a shed without ventilation, food or water with a dead buzzard nearby. She then confronted a woman on scene, who reportedly told her the dogs had been attacked by a bobcat and that she reportedly was running an animal “rescue” called Deep South Animal Rescue, according to WDAM-7/WLOX.

Media has since reported that a Facebook page with that name, which had previously been seeking donations, has been taken down, and that multiple searches through state and federal agencies turned up no verification or documentation of any registered nonprofits with that name.

Authorities have charged Jessica Collins with one count of felony animal cruelty and 30 misdemeanor counts of simple animal cruelty, according to media reports and court records. Collins surrendered more than two dozen dogs kept on two properties to the Humane Society of South Mississippi following the investigation, according to WDAM-7/WLOX.

One of those innocent animals, the starving yellow Lab now named Merle, has found a forever home with Call and after patient and loving care is recovering.  But no innocent animal should have had to suffer — or die — under these reported conditions. These dogs, at the very least, should have received adequate care and a loving adoptive family. But instead they got neglect, suffering, and untimely deaths.

Anyone who would neglect animals while also posing as a “rescue” and soliciting donations must be held accountable.

Sign our petition urging the Harrison County District Attorney’s Office to prosecute the individual responsible for these fatal acts of cruelty to the fullest extent of the law, including a refusal to drop or amend the animal cruelty charges and a lifelong ban on owning animals or operating animal rescues.