SIGN: Justice for 245 Animals Forced to Live in Piles of Rotting Trash 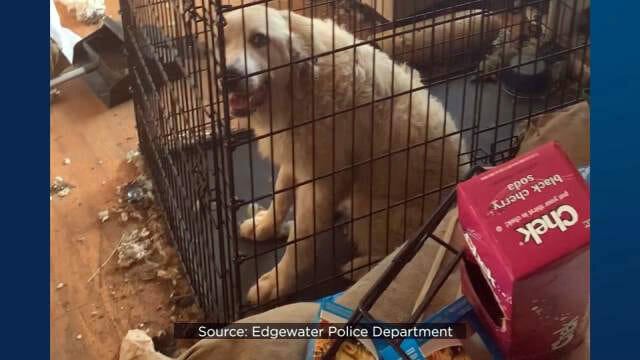 UPDATE (6/2/2022): Greg Nelson, Susan Nelson, and Melissa Hamilton were all charged with felony cruelty to animals, according to court records. Greg and Susan Nelson were also charged with child neglect and pleaded nolo contendere — a legal term that means they would accept a conviction but did not admit to guilt — to all charges, but were sentenced to probation and fines.  Hamilton’s charges were dismissed. We are disappointed that such atrocious actions resulted in probation, but we thank everyone who signed this petition, and we will continue to fight for all animals. –Lady Freethinker Staff

In a shocking case of animal abuse, authorities recently discovered 245 severely neglected animals from a residence in Edgewater, Florida.

The dogs, cats, reptiles, and rodents were kept in deplorable conditions in a house that reeked of urine and feces and was piled high with rotting food and trash.

Among the garbage, police and animal control officers discovered four dogs, two cats, and a variety of reptiles and rodents, including more than 100 mice and rats and a dead guinea pig.

Reportedly, animal control had visited this property on more than one occasion but the owners refused to let them in, according to WFTV News.

The Edgewater Police Department has charged the three adults living on the property with 66 counts of animal cruelty and three counts of child abuse; three girls ages 8, 9 and 10 were also living in this house of horrors.

The police say they were called by one of the offenders, Gregg Nelson, who claimed that his wife Susan Nelson and girlfriend Melissa Hamilton would not let him see the children after he broke up with the woman.

All of the animals are being cared for by local shelters and volunteers, and the children are in the custody of a family member.

Clearly, these individuals are incapable of caring for any living being.

Sign this petition urging the prosecution to prosecute them to the fullest extent of the law, and call for a lifelong ban on having animals.