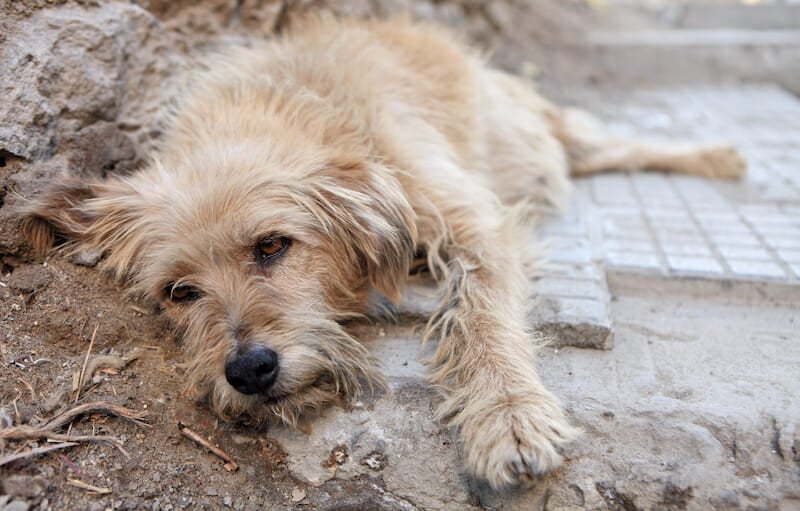 UPDATE (2/2/2022): Lady Freethinker (LFT) sent the Tunisian government our petition — signed by more than 38,000 people –demanding justice for these dogs. Yet it remains unclear whether any one has yet been charged for the crime; Tiziana Gamannossi doesn’t know, and the Tunisian government did not respond to follow-up requests. Gamannnossi has continued her work with animals, however, and you can read about her newest ventures here.

Thank you to everyone who signed our petition demanding justice for these innocent animals. We will do all we can to continue to advocate for animals everywhere. —Lady Freethinker Staff

Force-fed bleach and bludgeoned to death, 20 puppies and 4 adult dogs endured a gruesome attack at a sanctuary on the island of Djerba in Tunisia, according to local rescuer Tiziana Gamannossi. One dog desperately clung to life in excruciating pain after having a nail driven through his eye, the Daily Mail reported.

Gamannossi cared for over 100 strays on the island. Before the attack, she reportedly witnessed an angry mob with sticks, axes, and other weapons descending upon her refuge, including three men who are believed to be responsible for the mass slaughter of all 24 dogs, Rescue Animal North Africa (RANA) co-founder Florence Heath told the Daily Mail.

Authorities freed the suspects after locals showed up to the police station demanding their release, according to Heath. Whoever is responsible for laying siege to a sanctuary filled with innocent dogs must be found and charged before more animals are harmed or killed.

Sign this petition urging Tunisian Ambassador to the United States Fayçal Gouia to push local authorities to use all available resources to investigate this case and find and charge the perpetrator(s) of this deadly and heartbreaking attack.