SIGN: Justice for 20 Cats Lured into Traps and Shot in the Head

Home » Animals » SIGN: Justice for 20 Cats Lured into Traps and Shot in the HeadBy Heidi Yanulis 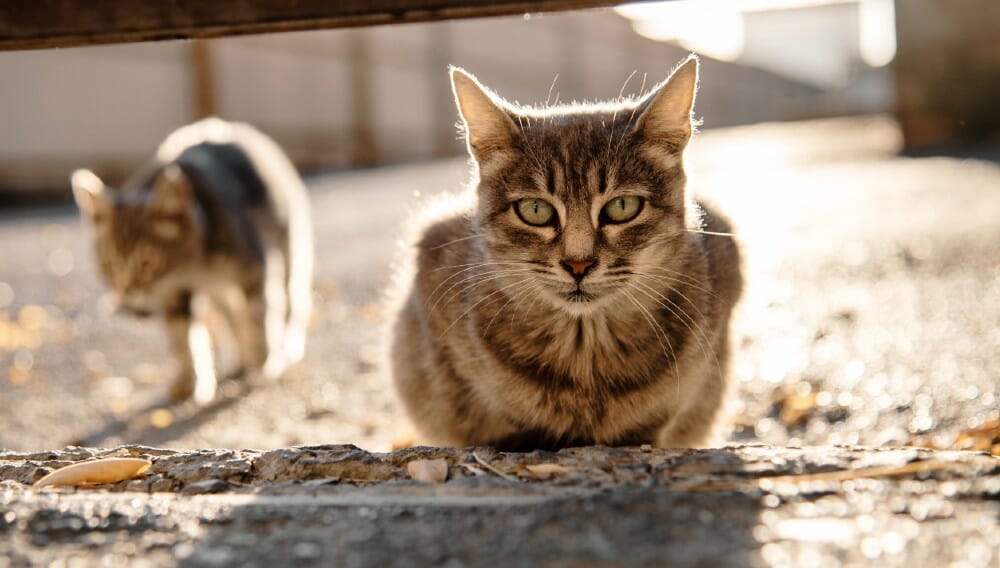 More than 20 cats, including beloved pets of neighbors, were lured into baited wire traps, snared, and shot in their heads with a 9mm handgun in Vallonia, Indiana.

A neighbor alerted police and said she had witnessed an argument between two brothers and another man that she recorded. Seeing her, the two brothers reportedly called out, “Hey, your cats are dead.”

Jackson County Police have arrested twin brothers Gavin and Garth Goens, both 28, and charged them with animal cruelty for allegedly committing this hideous crime.

When an officer visited the Goens’ home, the brothers reportedly admitted to killing cats that matched the description of their neighbor’s pets but claimed the cats they had killed were feral cats who had wandered onto their property. The officer saw wire traps of varying sizes containing some sort of bait on the property.

“We take reports of animal cruelty very seriously,” said Jackson County Sheriff Rick Meyer. “The facts of this case are very disturbing. Nobody has the right to kill or harm a neighbor’s pets.”

Further investigation revealed that the two men may have lured, trapped, and killed more than 20 cats, according to Meyer. It’s alleged that they also shot the cats in their heads with a handgun and then buried them, according to WBIW.

The link between violence toward humans and animal cruelty is well established. It is critical that crimes committed against animals be taken seriously by law enforcement and prosecutors, for the sake of the animals and for people who may also be at risk.

Sign this petition urging Jackson County Prosecutor Jeffrey Chalfant to aggressively pursue animal cruelty charges against those responsible for callously killing these defenseless animals and send a clear signal that such depravity will not be tolerated in Indiana.