SIGN: Justice for Dog Left Chained to a Tree to Starve to Death 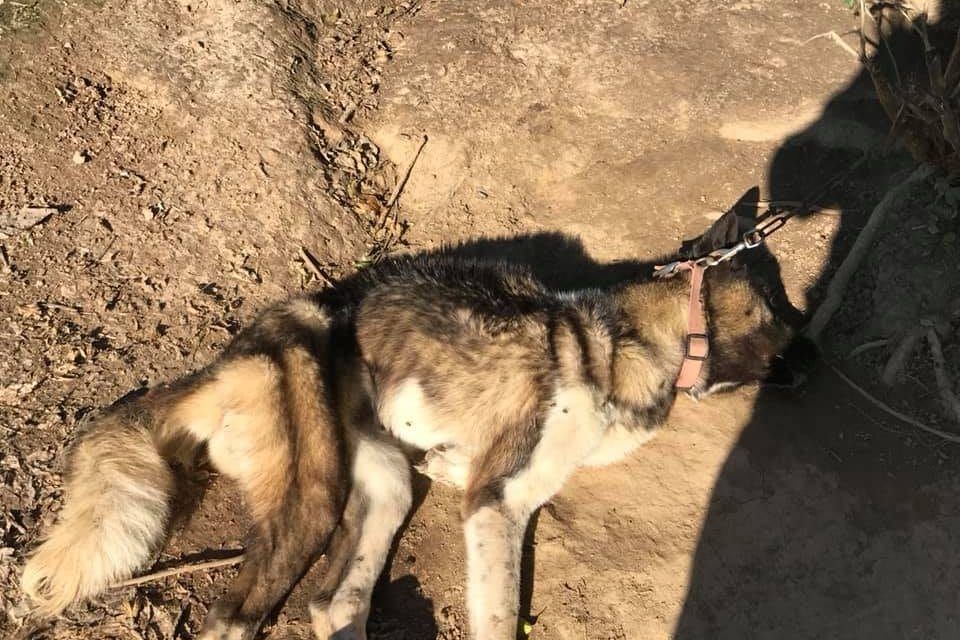 UPDATE (9/17/19): Unfortunately the officer who made the arrests was unable to establish ownership of the dogs by the Dennys. As a result, all charges were dismissed. It’s a shame the court did not treat the case with the severity it deserves.

Officers in Garrard County, Kentucky arrived to a gruesome and heartbreaking scene: the remains of a skeletal dog who had starved while cruelly tied to a tree —  left to die a slow, agonizing death in utter helplessness.

Two other badly neglected dogs were also on the property — both reduced to skin and bones and on the brink of death.

It was one of the worst cases of animal abuse ever seen by Brittany Fain of the Garrard County Animal Shelter, who said she could count the ribs and vertebrae on one of the malnourished dogs.

The dog’s caretakers, Johnny and Maria Denny, were arrested and charged with animal cruelty and torture. Now, the courts must make it clear that these crimes will not be tolerated.

For eleven years straight, Kentucky’s substandard animal welfare laws have made it the worst-ranked state in the nation for protecting the rights of animals. It’s time to stop letting animal cruelty slip under the rug.

Sign this petition urging Garrard County District Attorney Mark Metcalf to take a strong stand in this case, and work to impose a lifetime ban on the defendants ever owning an animal again.