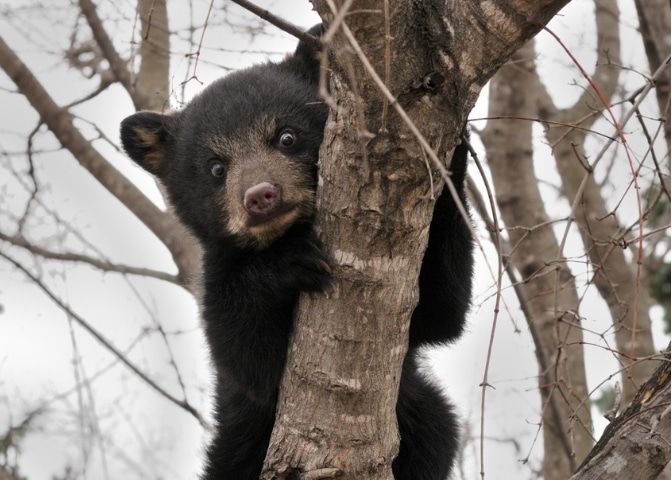 Haley Reddish, 25, pleaded guilty to the illegal hunting of bears, pleaded guilty to conspiracy to commit RICO Act violation, using animal to fight or bait another animal, three counts of felony cruelty to animals, unlawful use of two-way communications device to facilitate, and unlawful taking of black bear and can receive between 18 months to four years in prison. Her probation cannot exceed 10 years, according to news reports.

William Tyler Wood, 29, pleaded guilty to five counts of felony cruelty to animals and one count each of conspiracy to commit RICO Act violation, using animal to fight or bait another animal, felony littering, unlawful use of two-way communications device to facilitate, and unlawful taking of black bear. He was sentenced to 364 days in jail and 10 years of probation, according to the Ocala Star Banner.

Charles Luther Scarbrough III, 30, pleaded guilty on charges of conspiracy to commit racketeering, animal baiting and fighting, unlawful use of a two-way communicating device and unlawful taking of a black bear, with a sentence that could range from could be anywhere from five years of probation to 25 months in prison, according to news reports.

Hannah Weiner Scarbrough, 27, pleaded guilty and was ordered to serve five years and three months of probation on charges of unlawful taking of a black bear and unlawful use of a communication device. She also must pay $3,850.23 to the state for prosecution costs and $22,847 to the Florida Fish and Wildlife Conservation Commission $22,847 for their investigation, according to news reports. She also cannot breed dogs or return to the Ocala National Forest.

Christopher Elliot Haun, 42, of Ormond Beach, was adjudicated guilty on charges of conspiracy to violate the RICO (Racketeer Influenced and Corrupt Organizations) Act violation, using an animal to fight or bait another animal, felony littering and unlawful taking of black bear, for which he was sentenced to eight years probation, during which he may not own dogs or firearms, according to the Ocala Star Banner.

William Landrum, 39 of Millboro, Va., pleaded guilty to charges of using animal to fight or bait another animal, unlawful use of two-way communications device to facilitate, and unlawful taking of black bear and was sentenced to serve five years of probation, during which he cannot hunt or use hunting dogs in Florida, is forbidden to enter the Ocala National Forest, must forfeit all items seized in evidence, and must complete 200 hours of community service. He also must pay $4,688.43 for cost of prosecution and $10,000 for costs of the investigation to the State Game Trust Fund, to be used by the Florida Fish and Wildlife Conservation Commission, according to the Ocala Star Banner.

Mark Lindsey, 26, of Moultrie, Ga, must serve a 270-day jail sentence and then eight years of probation, during which he can’t hunt, have hunting dogs, or go to the Ocala National Forest, according to terms of his plea deal, according to the Ocala Star Banner.