SIGN: Justice for Badger Roped Up and Hanged on Soccer Field 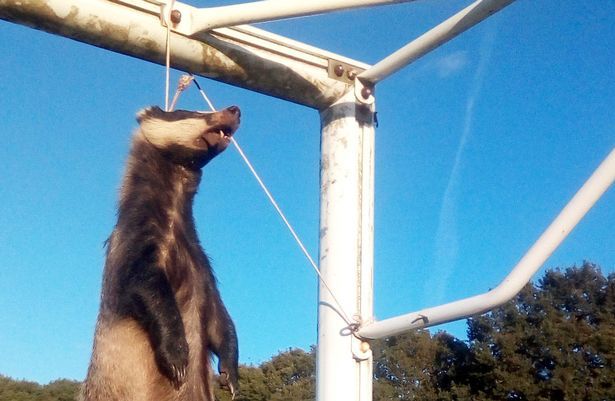 UPDATE (6/27/2022): We sent our petition, signed by more than 23,078 people, to the Essex Police. Thank you to everyone who spoke up for this innocent badger! Unfortunately we were not able to learn that anyone had been connected to this heinous act. We’ll keep doing all we can for animals everywhere. —Lady Freethinker Staff

In a sickening act of cruelty, a badger was found hanged by the neck from a soccer goal crossbar in a school in Brentwood, Essex in the United Kingdom this week.

RSPCA investigators suspect the tortured animal was still alive at the time of hanging, as there was evidence of blood around its nose and mouth. We can only imagine the terror and suffering this poor animal went through as it was hoisted up to die in such a violent manner.

Whoever committed this horrific act — and displayed the victim’s body for all to see — is still walking the streets, and poses a threat to both animals and people. It is likely only a matter of time before they commit another brutal attack, and they must be found before this happens.

Sign this petition urging Essex Police to fully investigate this grisly crime, doing everything in their power to track down the person/s responsible and prosecute them to the fullest extent of the law.

Anyone with information on this disturbing crime is encouraged to call the RSPCA appeals line on 0300 123 8018 and leave a message for Trainee Inspector Bennett.