SIGN: Prosecute Teacher who Made Students Drown Two Raccoons and a Possum in Class 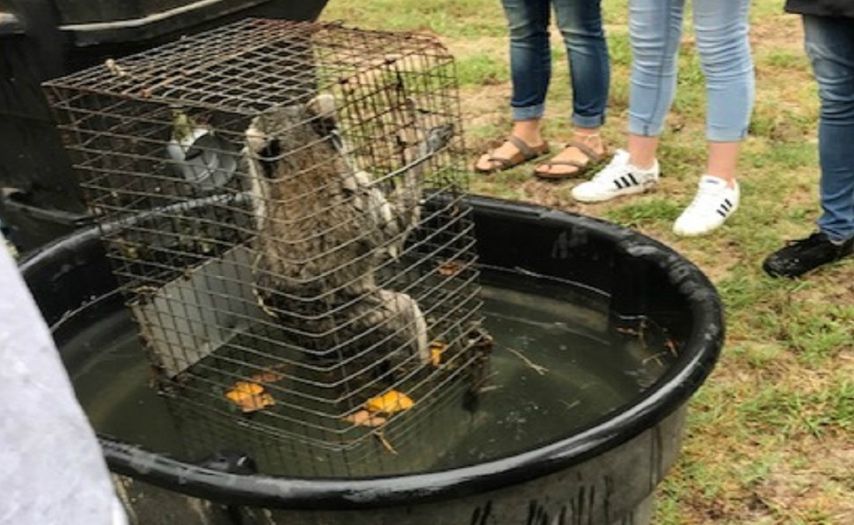 PETITION TARGET:  Florida Fish and Wildlife Conservation Commission and the the Florida Department of Health in Marion County

UPDATE (5/25/18): The teacher resigned from his position but the State Attorney’s Office determined not to file any criminal charges against the teacher after their investigation. We are disappointed by the outcome as it is a shame officials did not treat the case with the severity it deserves.

In a shocking case of cruelty to animals and children, a Florida high school teacher reportedly drowned two raccoons and a possum to death — and made his students help.

A video of the horrific event shows students filling a garbage can with water and submerging raccoons trapped in wire cages. When the animals tried desperately to surface for air, the students plunged them back down with metal rods or sprayed them in the face with a water hose.

Forest High School teacher Dewie Brewton embarked on this barbaric revenge campaign after a raccoon killed chickens raised by his agriculture class. Rather than relocating the animals or contacting wildlife officials, he decided to condemn the animals to a painful, terrifying death.

Before the killings, Brewton warned his students they’d get a referral if they filmed or photographed the sadistic act. Thankfully, one boy risked punishment to film with his phone. The Florida Fish and Wildlife Conservation Commission and the Florida Department of Health in Marion County are now investigating.

The vile actions of this teacher are inexcusable.

Sign this petition to call for prosecution for the crimes of animal and child cruelty in this horrific case — to send a clear message that animal abuse has no place in the classroom.