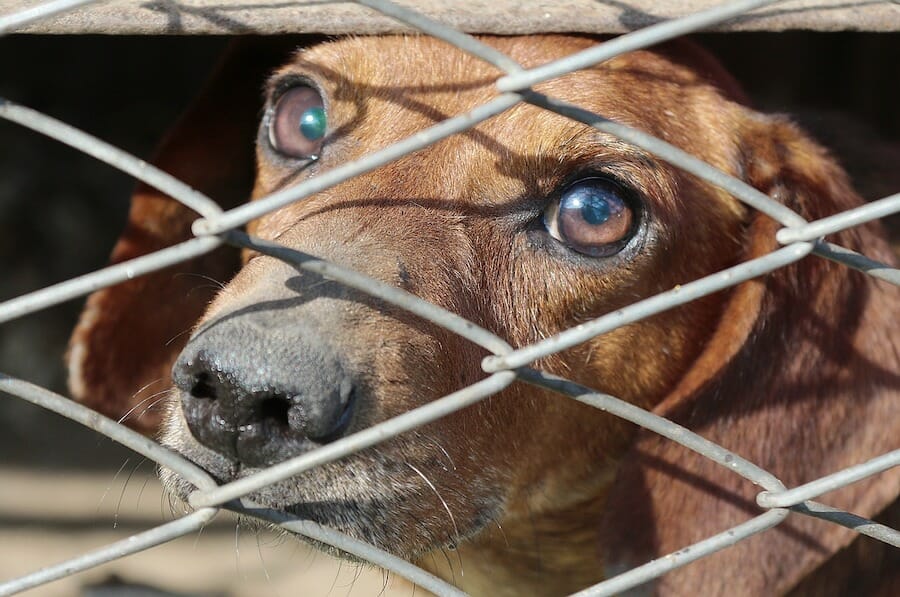 UPDATE (12/27/2021): Ohio is now a “no-gassing” state, with the Erie County Dog Warden removing the state’s last gas chamber in June 2020, according to Fox 8.  A shelter in Lindon, Utah, will no longer use gas chambers as a form of euthanasia, according to ABC4. But the lethal practice still remains legal in Ohio, Missouri, Utah, and Wyoming, emphasizing the need for federal action. We will continue to urge the importance of banning this cruel practice.-Lady Freethinker Staff

Carbon monoxide gas chambers are still used throughout the United States to euthanize dogs in animal shelters, despite being ineffective and sometimes causing unbearable pain as the helpless puppies’ vital organs shut down before they go unconscious. The entire process can take a couple of minutes to half an hour, with dogs struggling for air, defecating themselves, and convulsing before their ultimate deaths, according to the Humane Society of the United States.

If several animals are put into the same chamber together, they could start fighting in their panicked and desperate state. This leads to even more unnecessary suffering for innocent animals, who — if their time must come to an end — deserve a peaceful sendoff.

Due to a lack of funds, many of the machines used at animal shelters are old and defective. Some animals even survive the horrific ordeal only to experience even further suffering, according to Utah’s branch of the Humane Society, where gas chambers are still operational.

In the US, four states – Ohio, Missouri, Utah, and Wyoming – have animal shelters that still use this dreadful method of euthanasia, instead of the more peaceful and humane injection method, which makes an animal lose consciousness in seconds and die peacefully within minutes. Several more states do not explicitly ban using gas chambers, but there has not been suspected use.

Surprisingly, the American Veterinary Medical Association still considers gas chambers as a  viable method of euthanasia, according to a recent guideline for the euthanasia of animals.

It’s time to end this barbaric practice and ensure that any shelters in the United States still using out-of-date gas chambers switch to the kinder and more effective EBI option.

Sign this petition urging U.S. Senate Majority Leader Mitch McConnell and Speaker of the House Nancy Pelosi to impose a nationwide ban on the use of inhumane gas chambers at animal shelters, and the American Veterinary Medical Association to no longer recommend using carbon monoxide to euthanize animals.