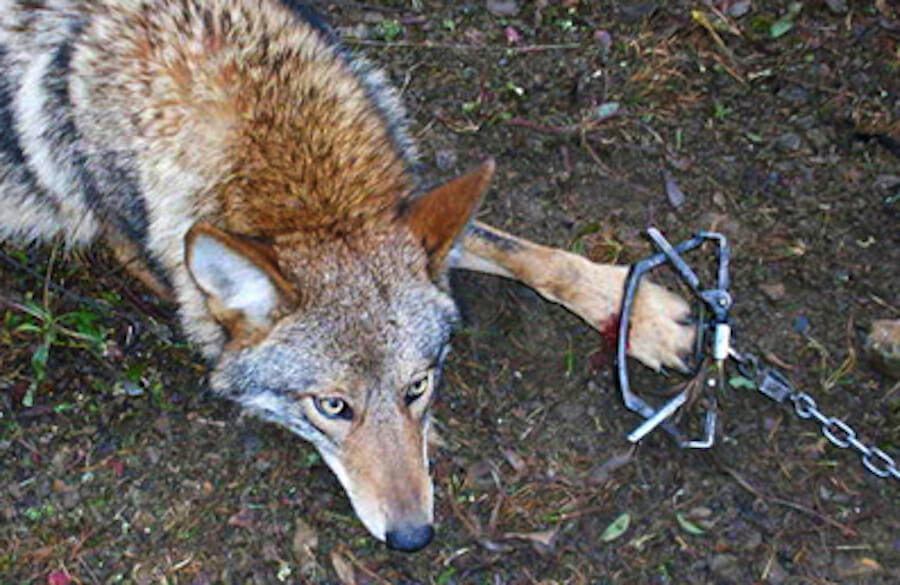 Every year, millions of animals are caught for fur in barbaric traps, struggling to break free from footholds and snares and sometimes even chewing or wringing off their own limbs. Breaking their teeth and bones in desperate attempts to escape, these poor creatures may slowly die from dehydration, hypothermia, and blood loss.

Those who live long enough to see their captors are brutally bludgeoned, choked, or stomped to death in an effort to preserve the animals’ fur.

On top of painfully killing innocent wildlife, fur traps are also hazardous to pets and other animals, including unsuspecting humans. ‘Non-targeted animals’ can account for up to two-thirds of some trappers’ total catch, according to the American Veterinary Association.

Throughout the world, governments and corporations are banning and moving away from fur products, as the trapping industry is falling largely out of favor with citizens and consumers due to its inherently cruel nature. California recently became the first state to ban fur trapping, and the rest of the country must follow suit.

Sign this petition urging U.S. lawmakers to implement a nationwide ban on fur trapping, showing solidarity with the world’s growing and widespread sentiments against fur.