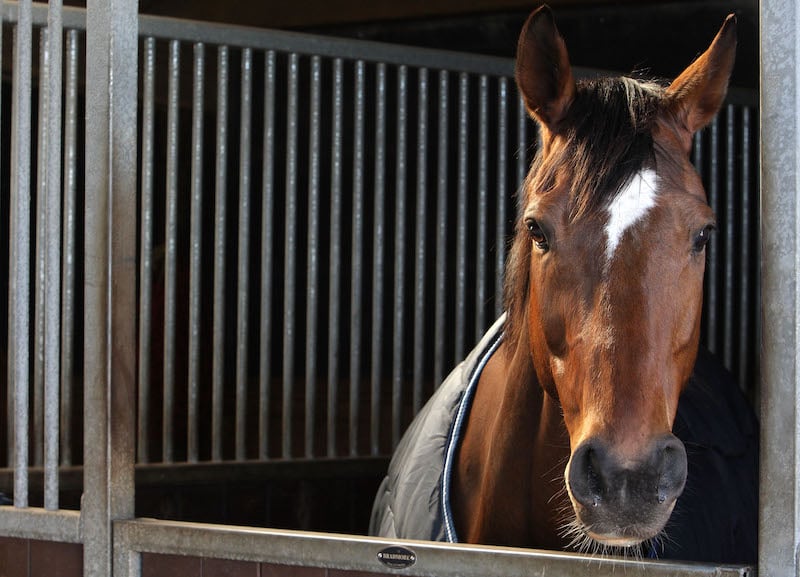 See You At Front, a 2-year-old horse orphaned as a months-old colt, was killed after breaking his leg during a brutal training at California’s deadly Los Alamitos Race Course in March — despite showing lameness for four to six weeks before sustaining the fatal injury, according to a necropsy report obtained by Lady Freethinker through a public records request.

Sadly, the young horse was one of 42 horses involved in California’s racing industry who have died suddenly or been killed following brutal injuries this year alone, as of Aug. 18, 2022.

Despite California’s touted 2019 reforms, defenseless horses exploited in the state’s sanctioned racing industry are still being illegally beaten, drugged, and abused, according to a Lady Freethinker analysis of public records documents.

Our analysis — of more than 200 complaints filed by the CHRB against its licensees since January 2020, spanning the state’s regulated tracks — revealed handlers attempting to work horses who were sick, injured, or vet-ordered to rest following treatments for racing-related injuries.

Multiple horses who finished first in their races, or among the top finishers, later were scratched after officials found illegally administered drugs or medications in their systems, according to the complaints.

Handlers also repeatedly were cited for excessively whipping the horses — sometimes more than 10 times in a row — and also for reportedly engaging in acts of violence against other humans.

More than 7,300 precious horses have died or been killed in California’s horse racing industry since 1990 — and it’s time for the cruelty to stop.

Forcing delicate animals to engage in high speed contests is not elite, elegant, or charming — it’s undeniable cruelty where innocent animals suffer and die for people’s amusement and greed.

California must ban horse racing and all its associated brutality: It’s the only solution to stop this preventable, blood-drenched suffering.