Why Ships are Slowing Down to Save the Puget Sound Orca

Home » News » Why Ships are Slowing Down to Save the Puget Sound OrcaBy Sophie Dixon | September 5, 2017 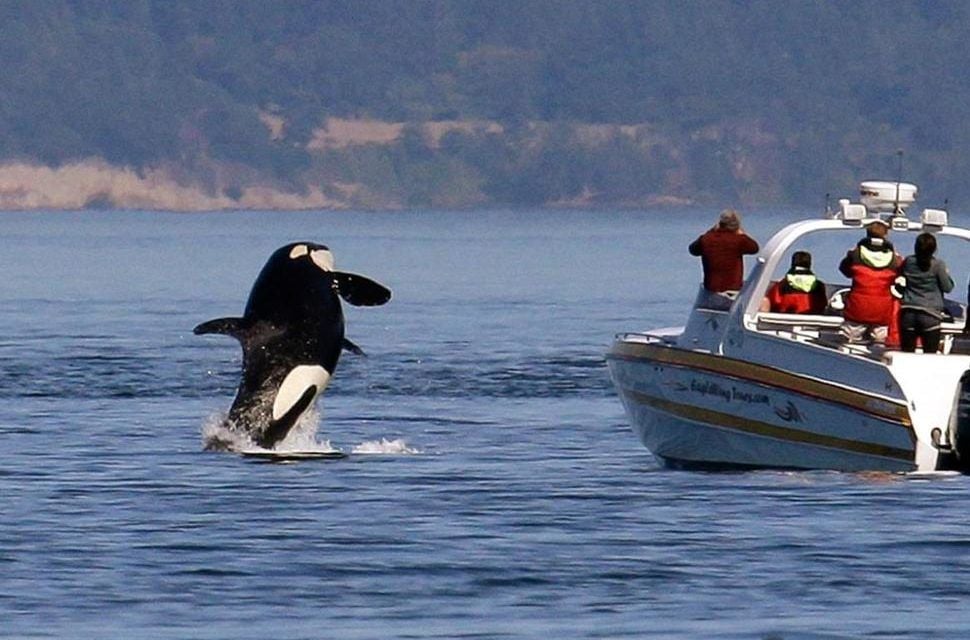 Photo taken July 31, 2015, an orca whale leaps out of the water near a whale watching boat in the Salish Sea in the San Juan Islands (AP Photo/Elaine Thompson, File) The Associated Press

Sea vessels moving through a busy channel of Washington’s San Juan Islands have been slowing down to reduce noise to protect the orca population.

A two-month trial led by Vancouver Fraser Port Authority has encouraged cruise ships, ferries and other commercial vessels to slow their speed to 11 knots from the typical 13 to 18 knots.

“Just by listening to the ocean, it becomes quite clear that ships are dominating the landscape,” said Scott Veirs, a marine biologist with Beam Reach.

Fortunately, many industrial participants such as Washington State Ferries and Holland America Line have been eager to get involved with the two-month study, slowing their boats to help the conservation of the orca. After just two weeks, the number of participating commercial ships increased from 59 to 68 percent.

Since 2014 when the ECHC program was launched, shipping industries have banded together to reduce the effects of shipping activities on orca whales in the Southern Coast of British Columbia, such as offering discounted harbour rates for quieter vessels with a reduced propeller noise and offering $500 for ships to reduce their speed.

Sadly, there are only 78 Puget Sound orcas left in the Pacific Northwest. This magnificent species faces threats of climate change, food shortages and noise pollution. Orcas depend on using echolocation to communicate with each other and to hunt prey. Any added noise that operates at the same frequency is highly disruptive to their survival. Since dolphins and porpoises hear the same high frequency noise, they may also be affected by passing ships. In the Pacific Northwest, noise pollution is particularly dangerous during the summer when the orcas migrate to the Salish Sea which, unfortunately for them, is a major shipping channel. 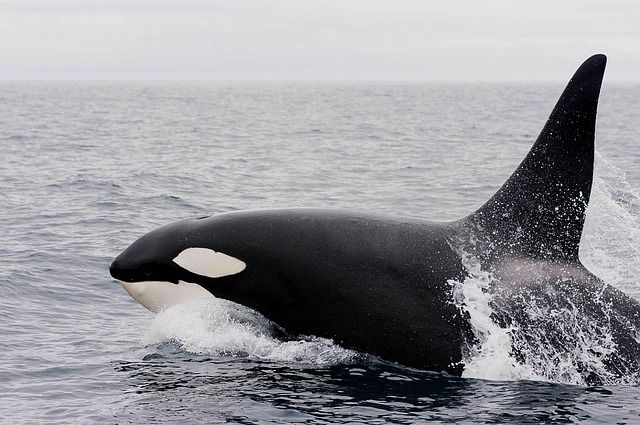 While the passing of industrial boats is a danger to the endangered Puget orcas, so are recreational whale watchers. In the San Juan Islands, whale watching tours have been continuing for over 20 years. According to the BBC, more than 13 million people visit whale watching tours every year, with numbers increasing since the 1980s.

“In the short term, a boat interacting with whales can disrupt their activities, like stopping them foraging for food or resting,” says Dr. David Lusseau, from the Institute of Biological and Environmental Science at the University of Aberdeen. However, long term damage of noise pollution is likely to affect the female’s ability to produce milk for her young and, hence, affects the viability of a whole pod, says Lusseau.

To further protect the orcas, the National Oceanic and Atmospheric Administration Fisheries plan to implement a whale protection zone off the west coast of San Juan. If the protection zone is approved, motorized ships would be banned, lessening the impact on the orca population. However, many argue that a more efficient way to help the orcas would be conserving the salmon population.

For those wanting to help, whale conservation doesn’t have to fall solely on the shoulders of government entities or programs. Everyday people can do their part by opting out of whale watching boat trips, choosing to admire these magnificent beauties from land.