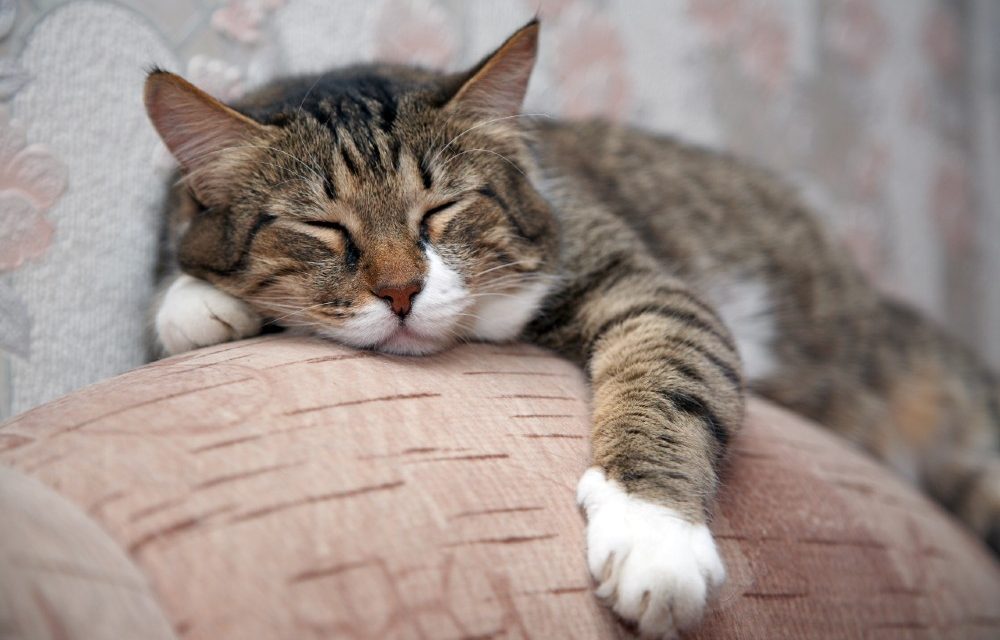 An uplifting story of a senior cat’s adoption by a loving family went viral on TikTok, garnering nearly 2 million views and highlighting the need for and benefits of adopting older felines.

Undoubtedly, the story of Peter the senior cat’s viral video makes a convincing case for choosing to adopt an older pet. Peter’s video, which was posted to the TikTok account of @tiffpeter, received in addition to its many viral views more than 400,000 likes and 16,000 comments, Newsweek reported.

The irresistibly cute video opens with a shot of Peter curled up in a pet store crate.

“I couldn’t stop thinking about him,” reads the text superimposed over the video. “So I decided to do the online application to adopt him.”

Another part of the video shows the moment of Peter’s introduction to his new permanent home. Peter is shown walking around and exploring his new digs, gazing out of a window and playing before the video concludes with a frame of him sleeping peacefully.

Prior to Peter the senior cat’s heartwarming tale, Newsweek reported that the oldest cat in a North Carolina animal shelter —19-year-old Gus — found a home with a 101-year-old woman. The shelter’s director described the pair as a “match made in heaven.”

As is the case with most adoptions, including dogs, birds and even children, potential adopters typically favor younger orphans over their older counterparts. There are, however, many noteworthy reasons to adopt older cats.

But scholarly research confirms the unfortunate fact that senior cats are less likely to be adopted. They run the risk of living out their lives in a crowded shelter or temporary foster home or even being euthanized if no one adopts them, The Spruce Pets points out.