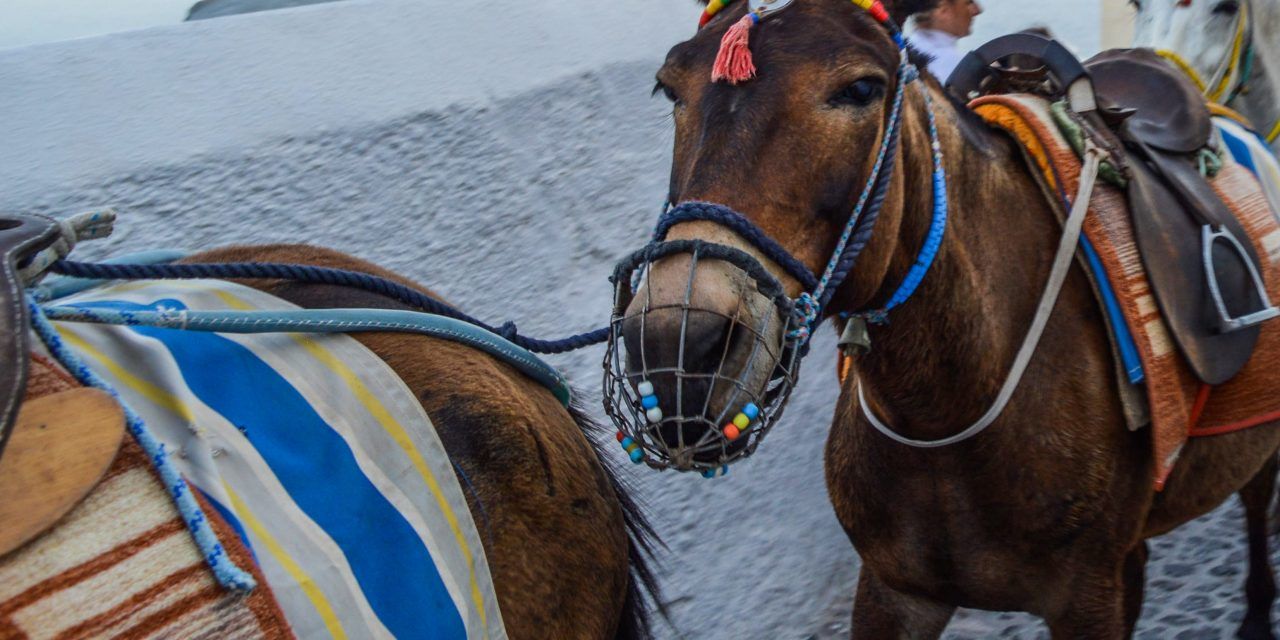 Image Credit: Pexels - Gotta Be Worth It

The donkeys of Greece are finally getting a break, with the Greek government introducing new legislation which will see their working conditions improve.

Santorini is one of these key destinations, where an estimated 300-400 donkeys are forced to labor seven days a week without any breaks, hydration, or shelter from the scorching sun. Many suffer from spinal injuries due to non-stop heavy loads, and often their poorly fitted harnesses cause painful wounds.

These donkeys and mules have trudged their way up and down the approximately 600 steps for decades, bearing the load of tourists who are too lazy to make the journey themselves, despite the option of a cable car that is the same cost — if not cheaper — than a donkey ride.

Part of the new legislation bans owners from loading the animals with any weight exceeding 100kg or one-fifth of their body weight — effectively excluding overweight tourists from riding them.

Animal advocacy organization Greek Animal Welfare Fund (GAWF) has been pushing for these changes for years and are pleased to see progress.

“It’s not only [donkey] owners in this case who need to be responsible, who have to say ‘you appear to be too heavy. I am sorry, but my animal has limits,’” says Paul McGlone, chief executive of GAWF. “Tourists, too, also need to make an informed decision.”

Along with the weight restrictions, new shaded areas and water troughs are being built for the donkeys. Any animals considered to be ill or incapable of working will be barred from duty, and all animals must be provided with drinking water and high-quality food in clean containers.

While it is encouraging that measures are being taken to improve the health and welfare of these precious donkeys, we believe that the exploitation should cease altogether. Donkeys have been used as beasts of burdens for centuries, but with modern technology and awareness about animal rights, there is no excuse to continue enslaving animals for human profit or convenience.