The ‘Salmon Extinction Act’ Has Just Passed in the House 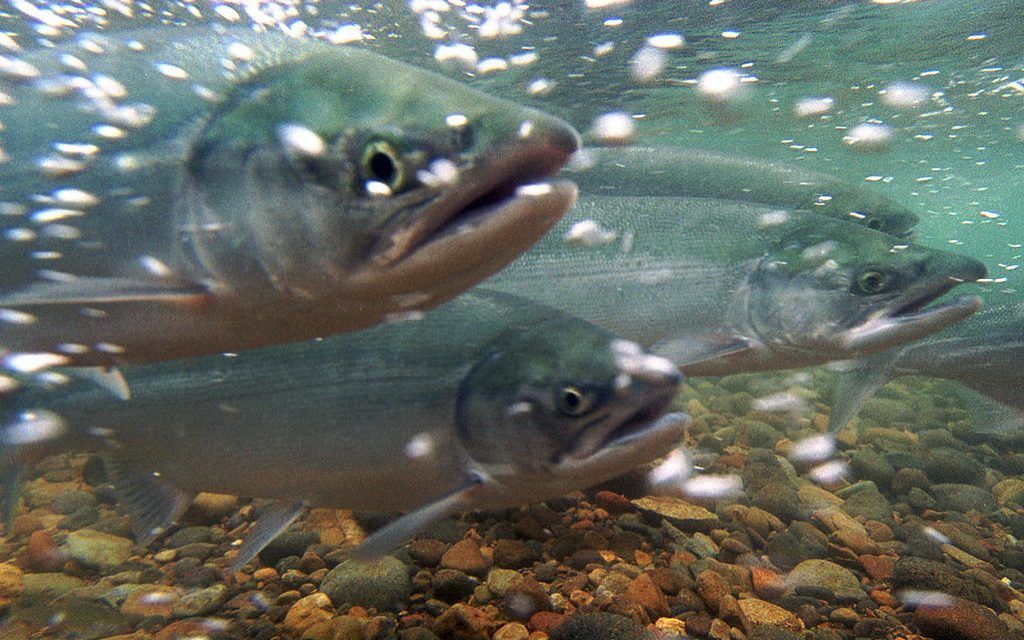 A deeply concerning bill that could be the last straw for already endangered salmon and steelhead populations in Idaho has passed in the House of Representatives last week.

Bill HR 3144, dubbed the ‘Salmon Extinction Act,’ effectively overturns all regulations in place to protect these precious fish in the Columbia and Snake Rivers, and puts the power into the hands of Congress instead of scientists.

The majority of Idaho’s salmon and steelhead stocks are already endangered, and the steelhead located in Clearwater River’s B-run are almost completely depleted, with 98% of the population disappearing since the 1960s.

With five major dams built along this fragile ecosystem from 1956-1973, blocking migratory routes and creating havoc for fish populations, the U.S. Fish and Wildlife Service listed all of the steelhead in Snake River as threatened by extinction. From over 100,000 wild steelhead entering the Snake River in the 60’s, only 1,100 were recorded in the 2017/2018 season.

Studies have shown that a method known as “spilling” will help fish to survive as they migrate up river to the Pacific Ocean. Basically, the dam managers are obliged to let more water flow over the dams from April to June to ensure the young salmon have a safer journey.

“Maximizing spill is the one thing that we can do immediately to help these struggling fish survive the age of dams,” said Kevin Lewis, Idaho Rivers United Executive Director. “Just as science has shown that spill works, science has shown that the only path to real, long-term, sustainable recovery is removal of four dams on the lower Snake River.”

Last year, a district judge ruled that dam managers must comply with higher spill requirements every spring. The National Marine Fisheries Service appealed this ruling, but the appeals court rejected the appeal and again decreed that increased spill levels were compulsory.

Now, this Salmon Extinction Bill goes against the findings of two U.S. district court orders and prevents any future scientific research into alternative dam management plans that could help save the wild fish of these rivers. It gives Congress authority over the Columbia and Snake River dams, puts a stop to the increased spilling that started earlier this month, and requires congressional approval for any changes to dam management. Even more concerning, the bill also ensures that the Snake River Dams stay in operation until 2022.

“HR 3144 is a giant step backwards in our region’s effort to restore salmon populations,” said Todd True, an Earthjustice attorney. “The entire goal of the bill is to circumvent the law and the courts, because a few legislators want to put a narrow set of economic interests ahead of the broad support in our region for salmon restoration. They have inserted themselves into the process, without considering the true consequences—for the fish, our energy future, or the Northwest economy.”

“It will continue the march toward extinction for Snake River salmon that are so necessary to our life and culture,” said Julian Matthews, a member of the Nez Perce Tribe, who oppose the bill.

This bill will soon head to the US Senate for consideration. We implore you to write to your senators telling them you strongly oppose HR 3144 and urging them to  do the same.