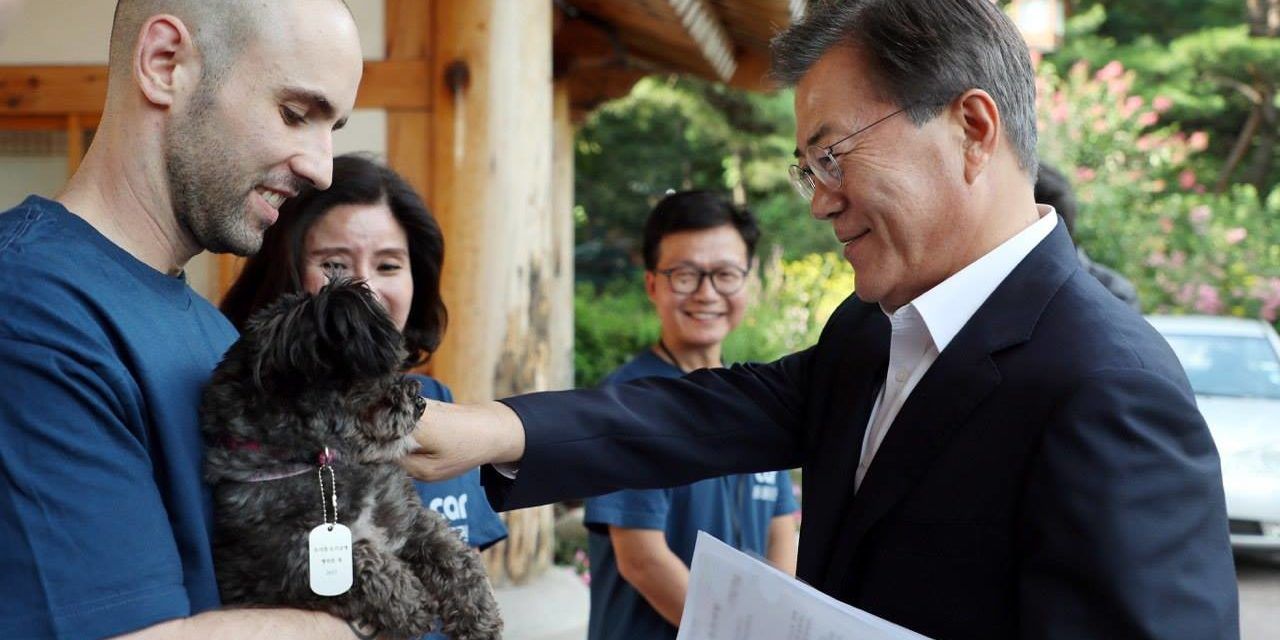 Tory Moon has been living a real-life rags to riches story.

The tiny dog, a mixed breed, lives the kind of life you would expect from a presidential “first dog.” She is a resident of South Korea’s Blue House, a sprawling mansion inhabited by the country’s political elite where she falls asleep every night on her very own luxury dog bed.

Of course, these rags to riches stories are afforded to very few dogs in countries such as South Korea.

Before her induction as “first dog,” Tory was living a hard, but sadly common life in South Korea. In 2015, she was tied to a short lead outdoors as the property of an abusive owner. This is life on a meat farm.

Fueled by the Bok Nal “Dog Eating Days” in which dog meat is consumed in the erroneous belief that it will be alleviate the effects of summer heat on the body, an estimated 2 million canines lose their lives at the hands of dog meat traders in the country every year. Thanks to animal rescue groups like Coexistence of Animal Rights on Earth (CARE), some lucky dogs like Tory are given a chance to escape the brutal living conditions and torturous slaughter.

Though CARE provided Tory with a shot at a new life, finding her a forever home was a difficult task as cultural superstitions in South Korea make black dogs often undesired pets. President Moon Jai-In says the adoption sends a message “that both humans and animals should be free from prejudice and discrimination.”

As activists make their voices heard across the globe protesting South Korea’s dog meat practices, the country’s president is making a bold statement about animal rights by adopting a shelter dog such as Tory. Thanks to President Moon, Tory will now enjoy life alongside the other “first pets” in the Blue House: a dog named Maru and a former shelter cat named Jjing-jjing.

However, millions of dogs like Tory await their own fates in South Korea’s brutal dog meat trade. Please sign the petition urging President Moon to stop Bok Nal and end the dog and cat meat industry for good.