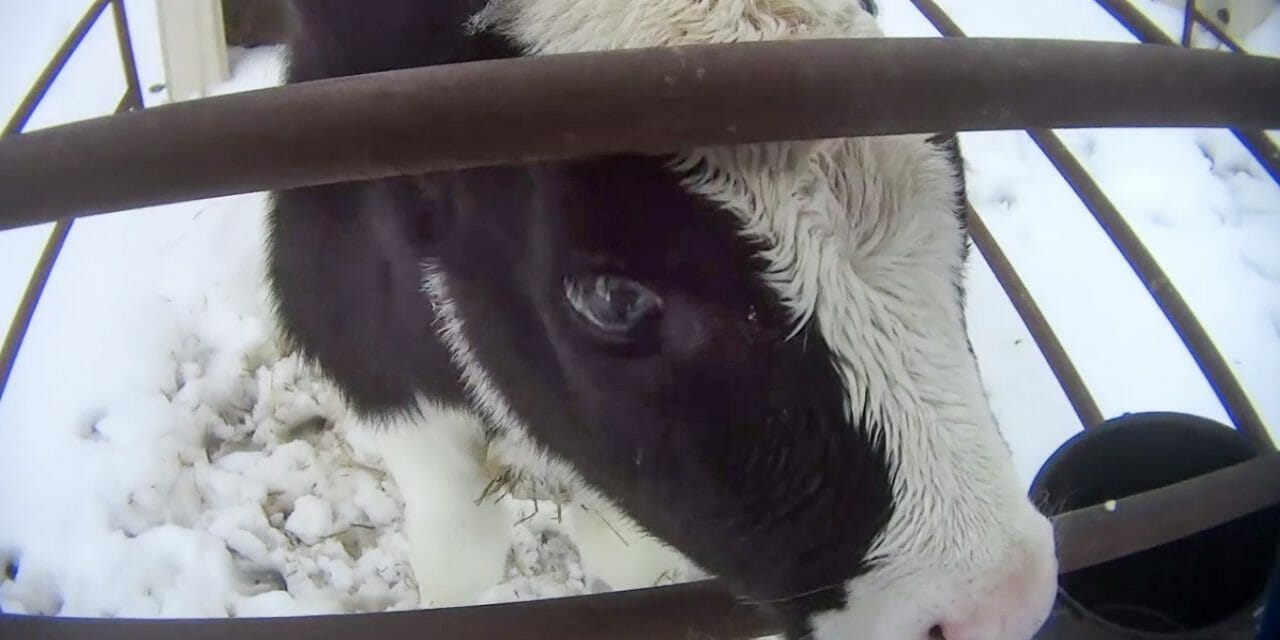 In an exciting legal victory for nonprofit Animal Outlook (AO), an appeals court ruling could mean criminal charges for those who committed horrific treatment of cows at a Pennsylvania dairy farm.

But the ruling is bigger than this specific case of downed animals dragged by heavy machinery, calves brutally de-horned with hot irons without any pain relief, and cows excessively prodded in sensitive areas or with their sensitive tails twisted until they vocalized with pain, according to court documents.

It could set a new precedent of re-establishing, as criminal acts, widespread and cruel behavior now deemed “normal” in the agriculture industry.

The 28-page order,  signed by Superior Court Prothonotary Joseph D. Seletyn, took issue with a trial court’s assessment that the brutal actions were excluded from prosecution under Pennsylvania’s “normal” agricultural operations exemption and also called the Franklin County District Attorney’s position on one argument about that exemption “absurd.”

The case stems from footage captured in 2018 by an undercover investigator working at Martin Farms, a dairy in Chambersburg, Pa., that showed cows unable to stand being pushed and dragged with a tractor bucket, calves with their horns reportedly burned off without pain relief, and cows reportedly being hit, stomped on, and kicked by workers.

Martin Farms, which did not respond for this story, at the time released a statement saying they were “shocked” by the footage and that they had terminated the employees shown to be violating their animal care guidelines, according to prior reporting from Fox 43.

But, convinced that the documented acts violated animal cruelty laws and seeking accountability, AO sent evidence of 327 incidents to state law enforcement and to the Franklin County District Attorney, who ultimately declined to prosecute on what he said was a lack of “sufficient evidence.” A trial court upheld that ruling, so AO then took their documentation to the Superior Court.

In its recent review, that appellate court ruled that AO’s evidence did demonstrate neglect and cruelty, including via the calves left “in agonizing pain, shown by their violent thrashing and bellowing” from the hot iron removal of their horns.

The appellate court further ruled that the trial court had “committed multiple errors of law,” including by crediting only the testimony of a veterinarian employed for decades by the dairy and an inspection by the National Dairy Farm Program while responding only  to “a handpicked few of the alleged instances of abuse” from the undercover investigator, according to the order.

In a fantastic move for accountability, the order also noted that changes to the dairy’s practices and employee terminations were not enough for any workers who may have violated animal cruelty statutes.

“That remedial actions were taken here does not affect liability for prior criminal acts any more than the fact that a defendant stopped selling drugs would absolve him from prosecution for past drugs sold,” the order notes.

Animal Outlook billed the undercover footage from Martin Farms as “some of the worst abuse we’ve ever documented,” according to the nonprofit’s website.  Will Lowrey, legal counsel for AO, is glad the documentation — and the vulnerable and innocent farm animals — have finally received their day in court.

“We have long believed that if we were given access to fair and thorough process under law, this cruelty would be recognized,”  Lowrey said.  “This court’s ruling sends a clear message that animals used in agriculture are worth protecting.”

The Franklin County District Attorney’s Office told Lady Freethinker via email, “We are in receipt of the opinion and currently analyzing the merits of a Petition for Allowance of Appeal to the PA Supreme Court.”