Rhino Poachers Sentenced to More than 15 Years in Prison 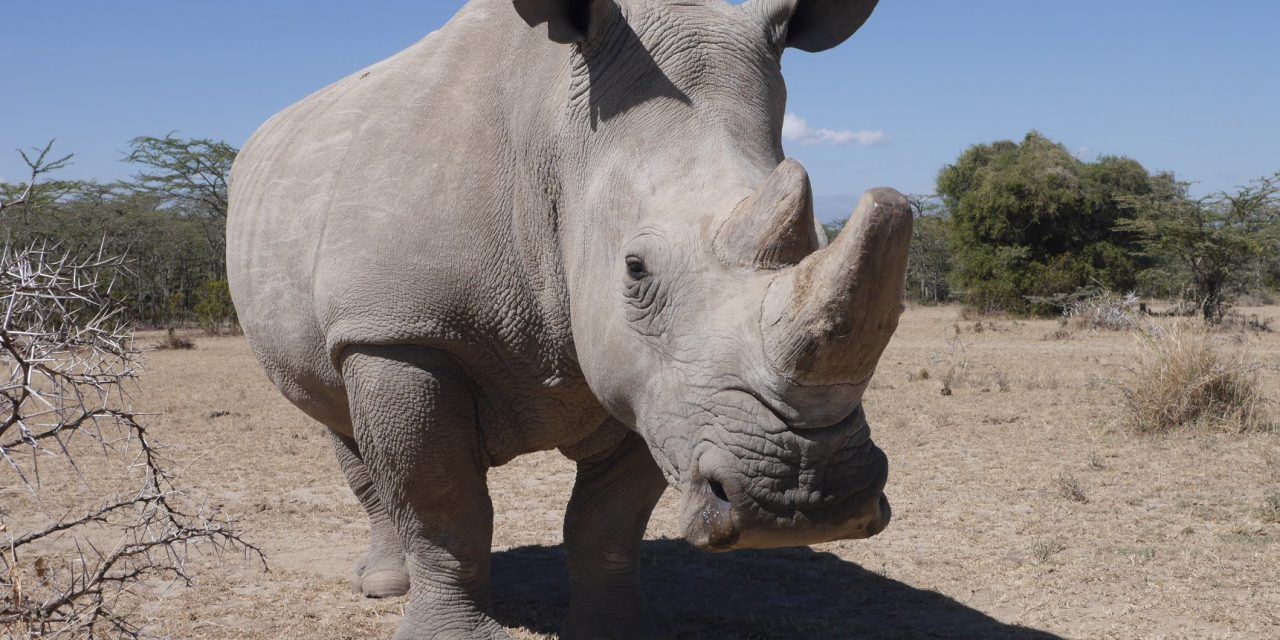 Image Credit: Save the Rhino International

Two men have been sentenced to 15 years and 6 months jail time each for poaching rhinos within the Kruger National Park (KNP) in South Africa.

The conviction has been a long time coming: Joseph Molapo and Sebastian Mbhombhi were arrested four years ago as they entered the park with a third man, who was later shot dead by rangers. The poachers were armed with high powered hunting rifles and dressed in uniforms resembling those worn by park rangers.

“The trio entered the Kruger National Park illegally with the intention to hunt rhinos for their horns,” said police spokesman Colonel Moatshe Ngoepe. “During the operation, a shootout ensued between the (park) rangers and poachers resulting in one of the suspects being fatally wounded. The remaining two were arrested inside the park.”

KNP contains an estimated 12,000 of South Africa’s 19,000 white rhinos and nearly half of the country’s black rhinos.

Although poaching statistics are not regularly released by the South African government, unofficial estimates put the figure at 300 rhinos poached to date this year in all of South Africa. If accurate, this shows around a 20% decrease from last year.

“We are cautiously optimistic that we are turning the tide on the scourge of poaching,” said Minister of Environmental Affairs Edna Molewa. “We attribute this decline to the multifaceted interventions that we are deploying. I would like to extend our sincerest appreciation to the many rangers that patrol our parks and look after our natural heritage for current and future generations.”

Along with the decrease in poaching, there has been an increase in convictions resulting from arrests in the last two years. However, the rate remains low, with only around one in ten rhino poaching incidents leading to a successful conviction.

Although numbers released by the South African Ministry of Environmental Affairs showed a 24 percent decrease in poaching in Kruger, other areas aren’t faring so well. Kwa-Zulu Natal saw a 37 percent increase in 2017, with other areas experiencing 100-percent-plus increases.

The reduction in numbers in the Limpopo area is credited to the formation of the Limpopo Rhino Security Group (LRSG) in 2016. The group works closely with South African police, private anti-poaching patrols, and other enforcement agencies to reduce poaching and push for convictions.

The situation for rhinos in South Africa remains critical, but it is refreshing to see progress – the number of convictions in the country nearly doubled from 2016 to 2017, showing there is still hope for these and other precious species.