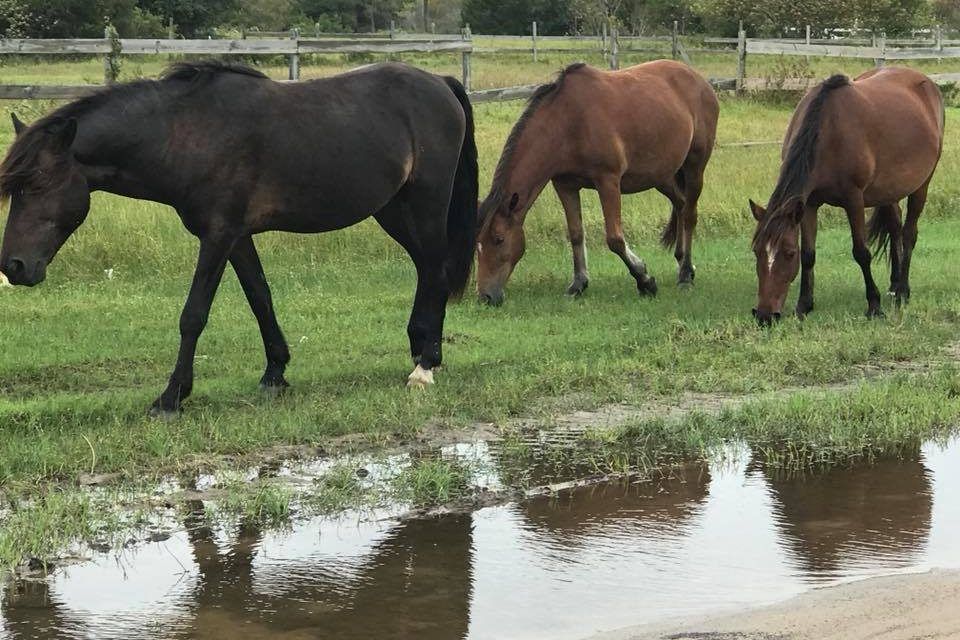 In the aftermath of Hurricane Florence, as communities assess the damage and rescuers scramble to assist humans and animals alike, there is good news for the hundreds of wild horses living on the East Coast’s Outer Banks.

COO of CWHF, Jo Langone, stated that the hurricane did not directly hit the area, and the horses were able to take cover from strong rains and gale-force winds in the nearby forested areas.

“The horses we have here, the wild ones, have survived almost 500 years,” said Langone. “So in this area of the country, which does get hit by a lot of hurricanes or nor’easters, the horses have an innate ability to sense bad weather coming – but that doesn’t mean they’re preparing for days as people do!”

Langstone explained that the horses group together to protect themselves from bad weather and their natural instincts lead them to seek out safe areas during storms.

CWHF act as guardians to almost 100 wild horses that roam within 7,544 acres in the Currituck Outer Banks. These special horses are the last remaining Spanish Mustangs in the region — a breed that is listed as Critical on the American Livestock Conservancy list and defined as a cultural treasure by the state of North Carolina.

Further reports continue to trickle in that other small populations of wild mustangs throughout North Carolina also survived the storm unscathed, as the groups monitoring them begin the cleanup and do headcounts of these precious animals.