Home » Animals » Rescuers Save Foster Dog Who Miraculously Survived Being Stuck in a Drain Pipe For a WeekBy Lex Talamo | August 24, 2022 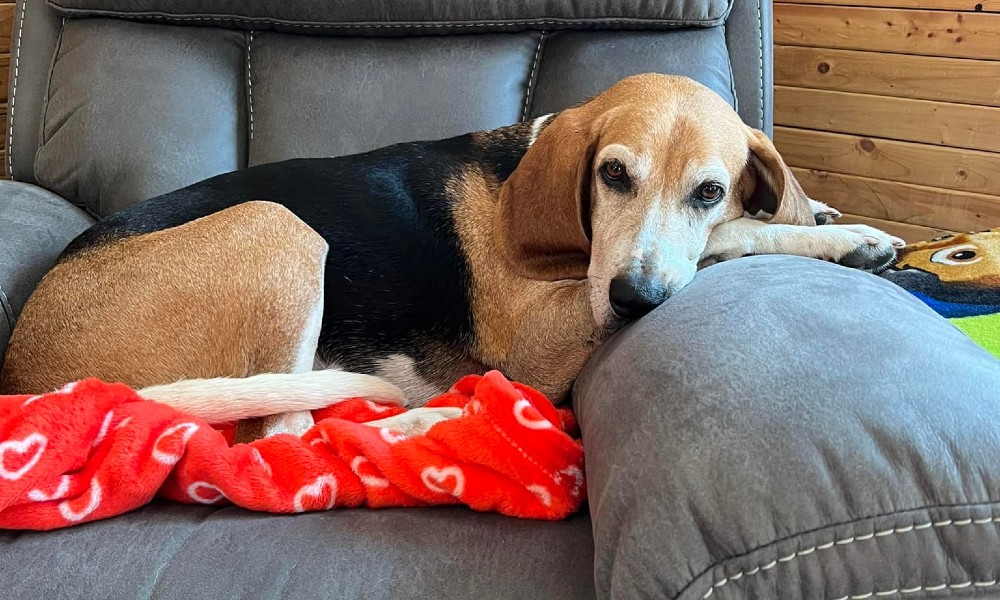 Dylan, an 8-year-old coon hound, escaped from his foster home in Medford Township, New Jersey, on July 15, and meandered into an 18-inch storm pipe — where he remained trapped, without food or water, for more than a week.

On July 23, a neighbor heard barking one Saturday morning and discovered the distraught canine. Attempts to get Dylan to come out of the pipe on his own failed.

When it became apparent that the team would have to dig into the earth to get Dylan out of it, a nearby property owner, identified in news reports as Mark, told the crew to do whatever they had to do to save the dog.

Utility workers then monitored underground power lines while rescuers chiseled at the pipe, according to People. The noise scared Dylan, who finally approached the pipe’s opening.

Rescuers scooped up the dog and rushed him to emergency care at the Mount Laurel Animal Hospital, where he received treatment for a 104 degree fever, ticks covering his body, and burns on his paws and elbows.

Kathleen Tortu-Bowles, of the Southern New Jersey Humane Tracking and Trapping Recovery Group, described the debacle as the “toughest recovery” her squad has yet accomplished.

“We’ve never had anyone stuck anywhere like that,” she told news. “It’s very unbelievable that he’s alive actually.”

Shellinda Hardie  — of Jericho’s Wish Animal Rescue, the shelter responsible for Dylan’s care — said she’s found an adoptive family for Jericho since his rescue, and that he’ll be going to his loving forever home as soon as he’s well enough to leave the hospital.

“It was amazing to see everybody get together like that,” she told 6 ABC News. “They worked so hard for a dog they didn’t even know.”

It’s not the pooch’s first encounter with misfortune. Jericho’s Wish pulled Dylan from a shelter in North Carolina in 2015 and reported he had a good life, until that adoptive family died and he found himself once again in need of a forever home.

The shelter recently posted a copy of Jericho’s vet bills, including for a newly discovered abscess in his neck, which total almost $4,000, and has started a GoFundMe account to help cover those costs.

We are so grateful that this precious dog was found in time and that he’s on the mend! This story highlights the importance of taking the time to help animals in distress, as in this case, those caring actions literally saved Dylan’s life.