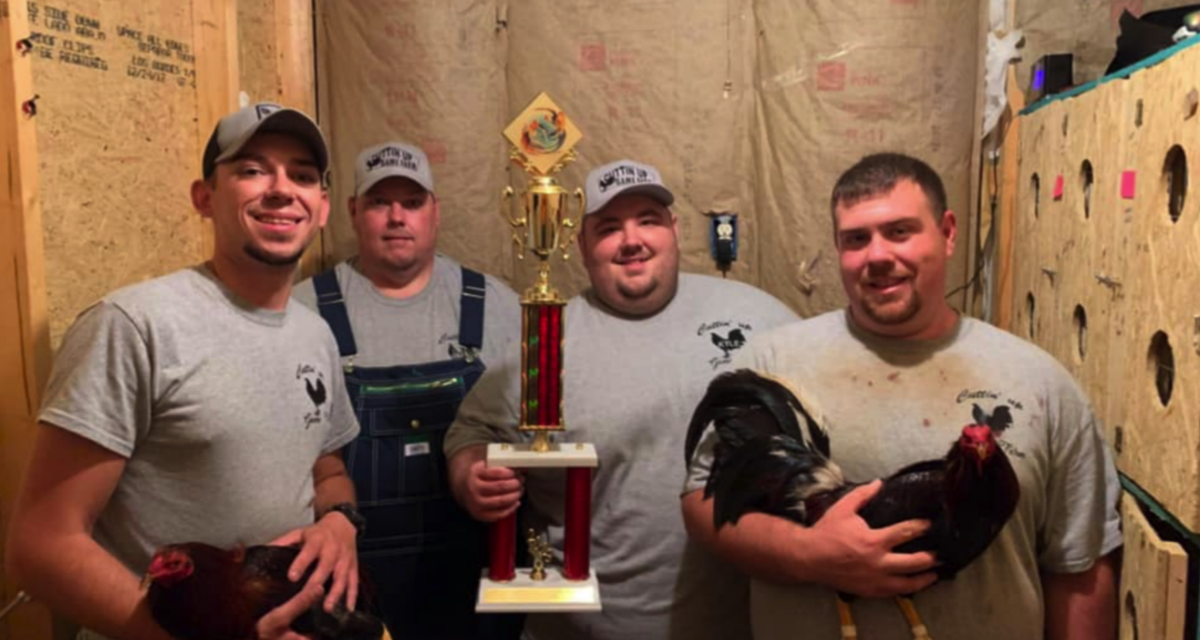 In pictures posted on Facebook, Ronnie Bennet and Kyle Simpson pose with roosters in arm and trophies from their “wins.” The roosters’ legs are wrapped with tape, likely where small knives are attached to inflict severe injuries on the opposing bird.

Crush Cockfighting, a new initiative of Showing Animals Respect and Kindness (SHARK) and In Defense of Animals (IDA), discovered the photos of the cruel operation, graphically dubbed “Cuttin Up Gamefarm.”

In this abusive blood sport, two roosters are forced to fight to the death for human entertainment and profit.

Roosters raised for cockfighting are bred, brutally trained, and sometimes medicated to be unnaturally aggressive. Before a fight, the breeder may mutilate the rooster by cutting off the bird’s wattle, comb, and ear lobes. The fight usually ends tragically, with at least one rooster dying from his injuries.

Cockfight breeders profit off of their animal’s “win”— and the other animal’s death — through associated gambling.

SHARK and IDA sent the evidence implicating the two employees of Harlan County Detention Center and at least three other people to the FBI. We urge the government to take action to shut down this cruel operation and send a clear message that animal cruelty is not acceptable — and when it comes to cockfighting, nobody is above the law.