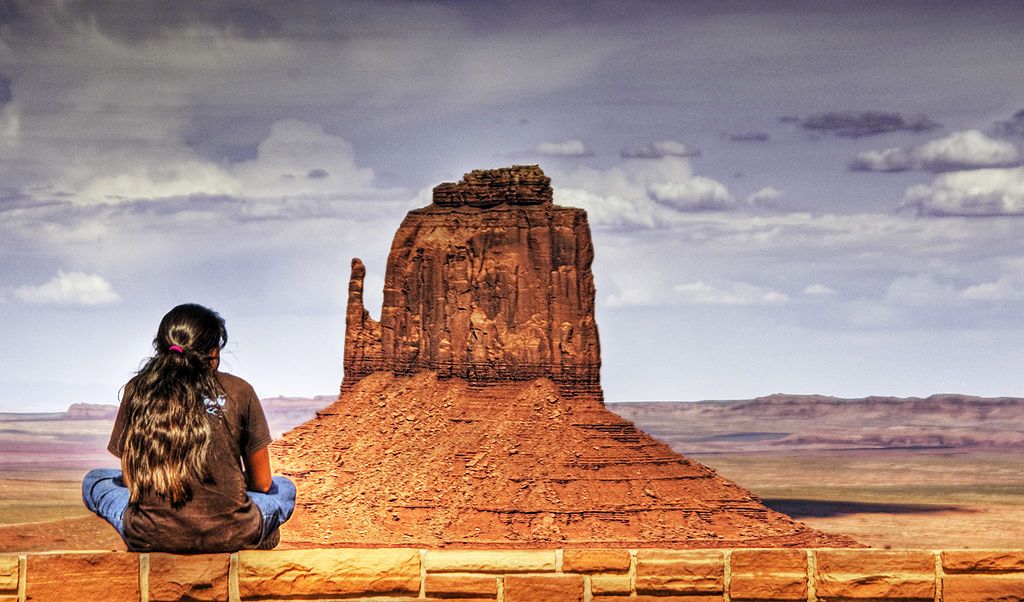 To better understand the multifaceted issues and misconceptions their communities face, Native Americans have come together in one of the largest research initiatives to date – Reclaiming Native Truth: A Project to Dispel America’s Myths and Misconceptions.

The two-year project, funded by a $2.5-million grant from the W.K. Kellogg Foundation and led by First Nations Development Institute and Echo Hawk Consulting, will conduct focus groups and public polling, and consult previous studies to gain a better understanding of the public’s perception of Native Americans today and the barriers that prevent them from having a truly visible, and equal, presence in society.

Although there are 5.4 million American Indians and Alaska Natives in the United States, in many ways they have been left behind. Native Americans represent about 2 percent of the population, but they have much higher incarceration, poverty, and unemployment, school dropout, and suicide rates.

Native Americans are invisible to the public eye

While other minorities have made important strides in recent years and increased their voice in the public sphere, Echo Hawk said this hasn’t really been the case for Native Americans. The lack of national media coverage about Native Americans protesting the Dakota Access Pipeline is just one example.

During protests against the construction of the pipeline, which would cross a tribal burial ground and endanger important sources of water, security guards  reacted violently, using dogs and pepper spray against protesters.

Despite the widespread resistance and violence, Echo Hawk questioned why the nation has given it so little attention. Unfortunately, this is just one of many instances indigenous people have been left out of the conversation.

Little-understood but long-held stereotypes and misconceptions

When people do see Native Americans, they tend to view them “just as populations but don’t see them as individuals,” said Michael E. Roberts, president and CEO of First Nations Development Institute and co-director of Reclaiming Native Truth.

As a population, Native Americans face many misconceptions and stereotypes that act as another barrier. Since these types of prejudices are usually ingrained into society, Roberts wondered “how are policy decisions shaped based on this or decisions in congress and schools?”

Reclaiming Native Truth will largely be devoted to answering questions like these and figuring out what exactly those prejudices are.

Although Roberts says real life experiences have given tribes some ideas of what these stereotypes might be (Native Americans are often depicted as lazy or drunk), very little data or hard evidence has been collected.

How did Native Americans become invisible?

Understanding how these stereotypes came about and why Native Americans are relatively invisible is complex and has deep historical roots.

Roberts explained that throughout history, government policy has sought to “deliberately put them on reservations out of the public eye.”

The national government’s policies aren’t the only part of the problem. In 2016, Whitesborough, NY voted to keep a seal depicting a white man strangling a Native American before public outcry led to its removal — and many sports teams like the Braves and Redskins still slight Native Americans with their mascots.

Echo Hawk emphasized that there are many factors involved, but Reclaiming Truth will help Native Americans understand what they are.

“That’s the big thrust of our project – to really understand why,” she said, emphasizing that conducting this type of “hard” research is important “instead of just guessing.”

Collecting data to changing the narrative

To better understand these types of barriers, and then begin finding ways to combat them, Reclaiming Truth relies in part on the guidance of a 20-person Advisory Committee of Native leaders, influential stakeholders, and racial equity experts.

Public opinion about Native Americans will be measured through public polling, focus groups, and by examining secondary or previously collected data. Though a national initiative, Roberts explained the focus will be on areas with large concentrations of Native American’s as well as Kellogg’s key geographical interests like Michigan and the gulf region of Mississippi.

“This is going to be really comprehensive,” said Echo Hawk. “I think this is probably one of the largest efforts that’s ever been done.”

Although the project is largely devoted to collecting hard data, it also involves strategizing ways to combat negative stereotypes or misconceptions. Ultimately, rather than having their story dictated by outsiders, Reclaiming Native Truth strives to give native peoples a voice.

Tribes across the U.S. will have access to the data once it’s collected, which will help them find ways to shape their own narratives said Roberts, who described the end result as a “working toolbox.”

So far, they’ve received support from dozens of tribes.

“There seems to be some pent-up demand for this kind of work,” he said.

And while Kellogg has only formally committed to this two-year project, Roberts and Echo Hawk emphasized Kellogg’s commitment to furthering Native American rights saying more funding may become available to implement changes based on the data later on.