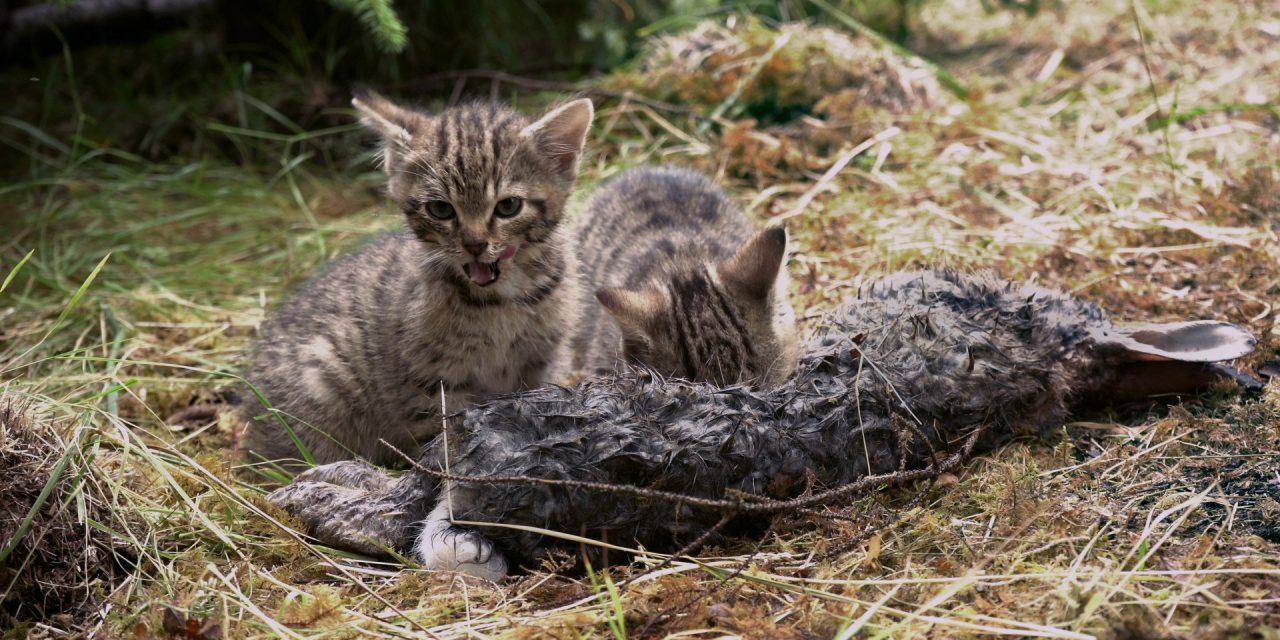 Two orphaned kittens found in the Scottish Highlands are confirmed to be pure Scottish wildcats, the world’s most endangered cat. Rescued by Wildcat Haven – an organisation dedicated to protecting of these critically endangered cats – the adorable, feral kittens are now being carefully monitored by experts, with the aim of eventual release back into the wild.

A member of the public found the weak and dehydrated kittens near a road and alerted Wildcat Haven. With many similar reports often turning out to be domestic or hybrid cats, Dr Paul O’Donoghue, Wildcat Haven’s scientific advisor, was dubious about their pedigree before seeing photos of the pair.

“I almost fell off my chair when I saw the photos,” said Dr O’Donoghue. “The markings looked amazing, far better than any kitten I’d seen in a zoo, but in a very exposed place. It seemed likely they had been abandoned or orphaned and were in grave danger.”

With only an estimated 35 individuals in this species alive today, the team rushed to rescue the kittens. They set cameras and baits in the area in hopes of finding a mother, but after several days of searching, concluded that she was sadly nowhere to be found.

“Perhaps she was run over, perhaps snared, sadly there are a lot of threats out there for wildcats,” said filmmaker and wildcat advocate Steve Piper. “These two orphans were incredibly lucky to be found in time.”

The Scottish wildcat is the largest species of the wildcat family – growing to around twice the size of a domestic cat, with thicker fur and distinctive black and brown stripes. Their thick coat helps protect them from rain, and they lack the natural fear of water that many domestic cats have. In fact, they are known to easily swim across rivers during a hunt.

Famously aggressive by nature, experts say they cannot be domesticated, and these two kittens – who represent 6% of the remaining population – proved to be true little warriors, too.

“By next morning after some food and water the timid kittens had transformed entirely and we had two spitting balls of fury in their place,” said Piper. “They were little, mini wild-cats stamping hissing and growling, displaying all the explosive aggression typical of the species.”

Now held at the Highland Titles Rehabilitation Center, the ferocious but ever-so-cute pair are staying in an acre of enclosed forest, carefully monitored by a team of carers. When they are old enough to survive on their own, they will be fitted with GPS collars and released back into a safe area in the wild.