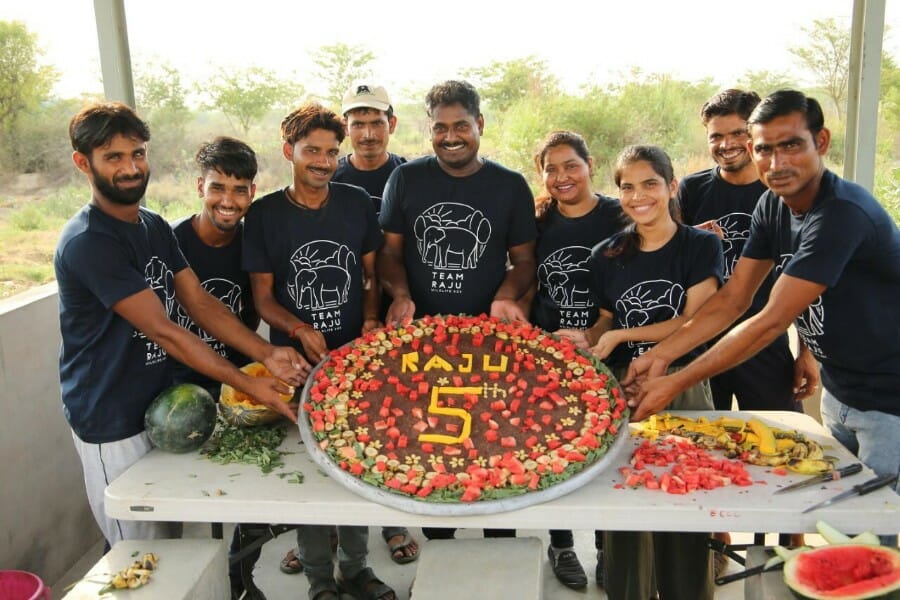 In 2014, an elephant named Raju was rescued in India by animal welfare group WildlifeSOS. Raju had a very difficult life as he had been exploited for 50 years as a street riding elephant, forced to walk hot, tarred roads in the scorching sun.

When not laboring, the elephant was chained up in shackles so tight that he could barely move. Sick and severely underweight, his body was covered with open, bloody wounds, scars, and chronic abscesses.

After a legal battle to get the elephant confiscated from the cruel owners, WildlifeSOS finally had the support of government officials to seize the suffering pachyderm. Raju stepped onto the rescue truck and was whisked away to his new forever home at the Elephant Conservation and Care Centre (ECCC) in Mathura, India.

Against all odds, Raju made remarkable improvements in his physical and mental health. Raju has put on weight, his wounds have healed and his chronic medical issues are responding well to the treatments. 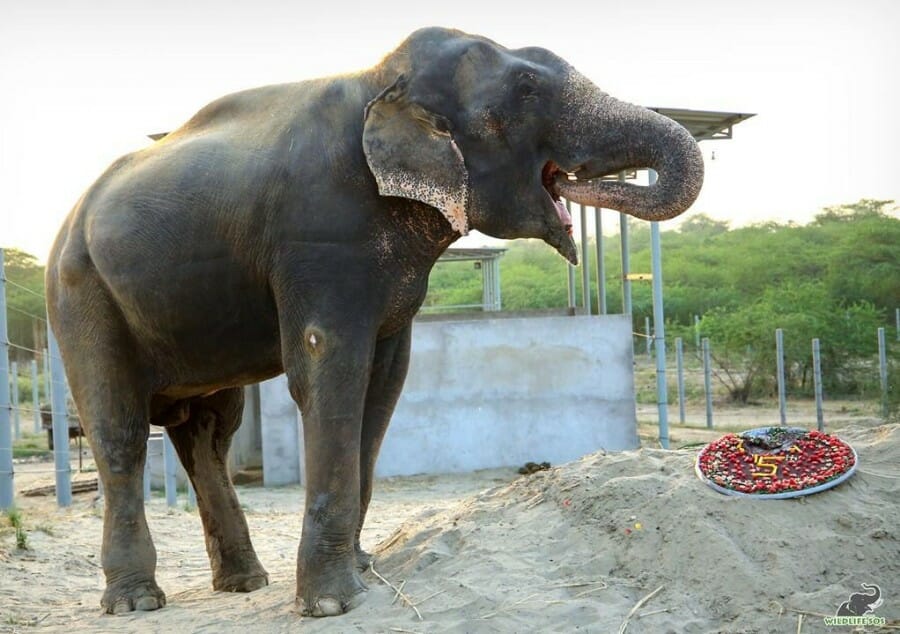 After all this elephant has been through, you can imagine how excited everyone at WildlifeSOS was to celebrate his five-year rescue anniversary! His keepers did all they could to make this day very special for him. The team even prepared an elephant-friendly cake for him, which they garnished with Raju’s favorite foods: watermelons and pumpkin!

Juicy green fodder, which all elephants love to snack on, was laid down by the team and arranged in the shape of a number “5’.” The rescue center was buzzing with excitement as everyone wanted to see Raju’s reaction to the surprise.

Just look at the big smile on Raju’s face as he eats his special cake! You can tell this elephant knows he is safe and loved at the sanctuary. It’s heartwarming to see that with hope and perseverance, recovery is possible for rescued animals. Now that the dark past is behind him, we wish Raju many more happy anniversaries!