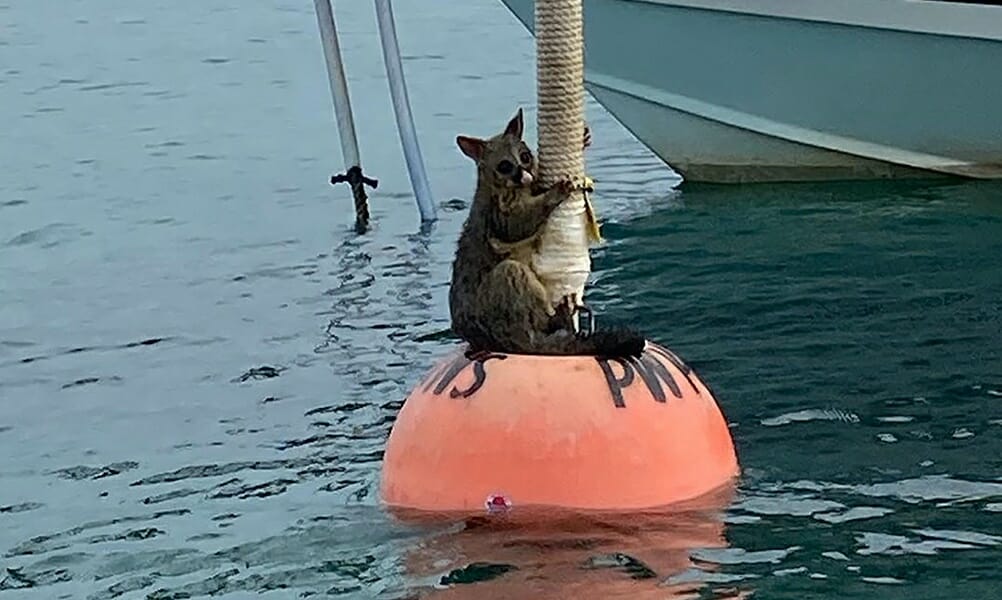 Frightened, alone and clinging to  a buoy in an Australian harbor, a possum received a life-saving rescue from a kind-hearted professional scuba diver and park authorities.

Luke English, a scuba diver with the Redboats Scuba Diving who has rescued dogs, stranded penguins, and people, received a tip about the possum in the Tasman Sea off the Mornington Peninsula, in the state of Victoria, and headed out with two rangers from the Whitecliffs Foreshore Reserve.

The possum leapt from the buoy as the diver’s boat slowly approached, but the rangers used a fishing net to scoop the land-loving marsupial out of the water, People magazine reported.

“Whilst understandably confused, the possum appeared to be healthy and was able to be scooped up into the net and taken aboard,”  Whitecliffs Foreshore Reserve said. “Once back on dry land, the possum was assessed and deemed to be healthy, allowing it to be later released.”

Rescuers guessed that the possum was possibly nesting on a boat and panicked when the craft started out to sea, causing the animal to jump into the water and end up clinging to the buoy.

All the people involved in this life-saving rescue have our hearty thanks. Their compassion for animals and effective action are a great example of how all animals deserve to be treated with kindness and respect.