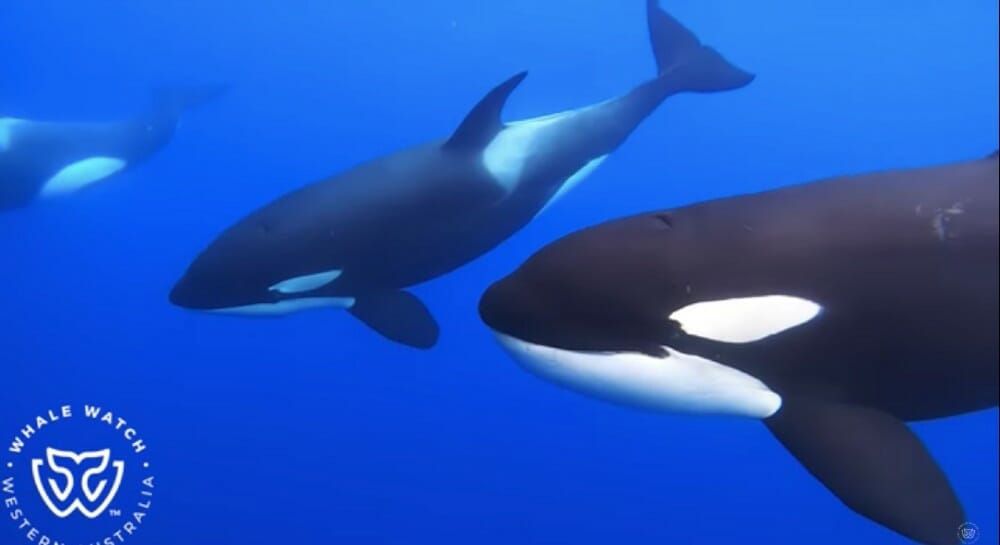 In remarkable footage captured off the Western Australia coast, three orcas appear to save a humpback whale whose tail fin had gotten tangled in fish netting.

The documentation is among the first recorded instances of possible altruistic behavior by an orca toward another species — and is particularly stunning since orcas often feed on humpbacks.

The drone video, taken at Bremer Bay by the group Whale Watch Western Australia, shows a humpback whale struggling close to the surface of the water when one of three orcas approaches and circles him, leading observers to anticipate an imminent attack against the hampered humpback.

Instead, two male orcas, named Blade and Hookfin by area watchers, approached the whale with apparent curiosity, while the whale instinctively launches a defense by lashing out with the pectoral fins.

Next, the matriarch of the orca pod, named Queen, approaches the whale “in a great flurry of splashing and white water,” according to LiveScience. When the water settles down, a large section of the rope binding the whale’s fluke tail can be seen floating away.

The orcas then simply move on and swim away.

“The incredible fact that the Orca managed to rid most of the rope from this whale before letting him swim away freely was truly fascinating,” the whale watch crew wrote in their video description. “[D]id the Orca deliberately rescue this Humpback or was the decision made that due to his ill health the effort of the hunt was not worth the energy reward at the end[?]”

Orcas have complex social lives and highly-developed brain regions that are associated in humans with empathy and emotion.

“There have been many stories and recordings in the past of orca collaborating/ helping humans,” a spokesperson for Whale Watch Western Australia told Newsweek. “Watching this unfold was a true privilege to witness and completely unexpected.”

This is the first time the whale watching group has witnessed such behavior in Australian waters, the group said.