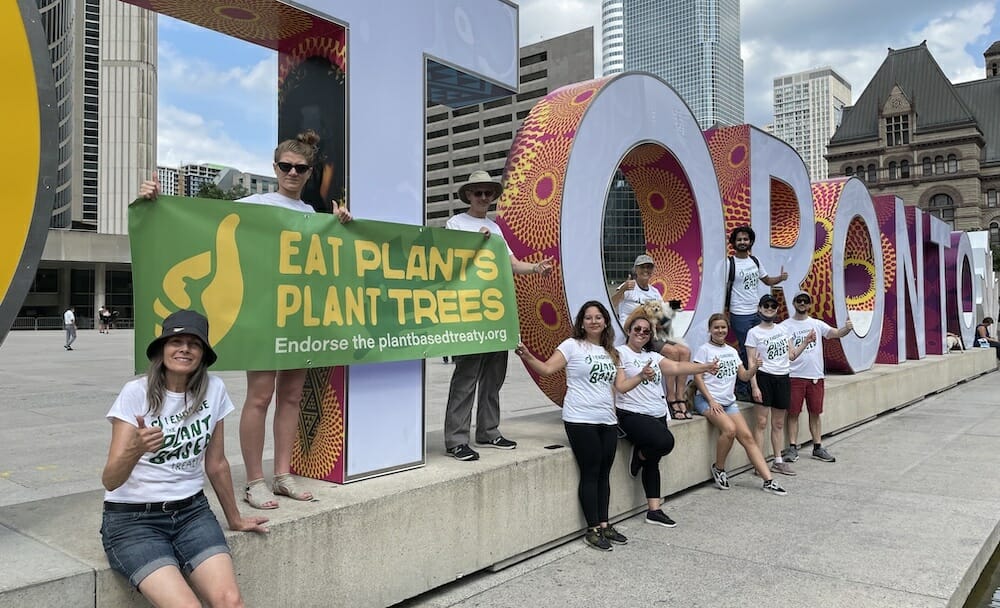 Plant Based treaty rally in Toronto

From Los Angeles to Lisbon, activists are urging world leaders to reform the global food system as a critical solution to the climate crisis by negotiating an international Plant Based Treaty.

Rallying outside government centers in nearly 100 towns and cities worldwide, demonstrators called on local and national leaders to move away from climate-damaging animal agriculture and towards more sustainable, plant-based food systems.

#JaneUnChained #LIVE Breaking #News to announce the launch of the Plant Based Treaty! This event is in los Angeles at LA…

Modeled on the popular Fossil Fuel Treaty, the Plant Based Treaty aims to counter the climate-caustic production effects of meat, dairy, and egg farming — which are major contributors to harmful greenhouse gasses, including carbon dioxide, methane, and nitrous oxide — with a 3-pronged approach: by stopping further deforestation and changed land use to make room for more animal agriculture, redirecting consumers to plant-based diets, and restoring key ecosystems by replenishing forests and re-wilding other landscapes.

The call to plant-based consumerism has increasingly been championed by celebrities such as Leona Lewis, Sadaa Sayed, and international recording artist and animal advocate Moby.

“It’s clear that we cannot solve the climate crisis without going plant based,” Moby said. “Change is imperative, and I endorse the Plant Based Treaty, for the animals, the planet and human health.”

Experts warn that carbon-rich methane produced from animal farming is a significant cause of the increased heating of the atmosphere. Methane reductions could be the only way to avoid temperature rises above 1.5°C and represent the “biggest opportunity to slow warming” between now and 2040. 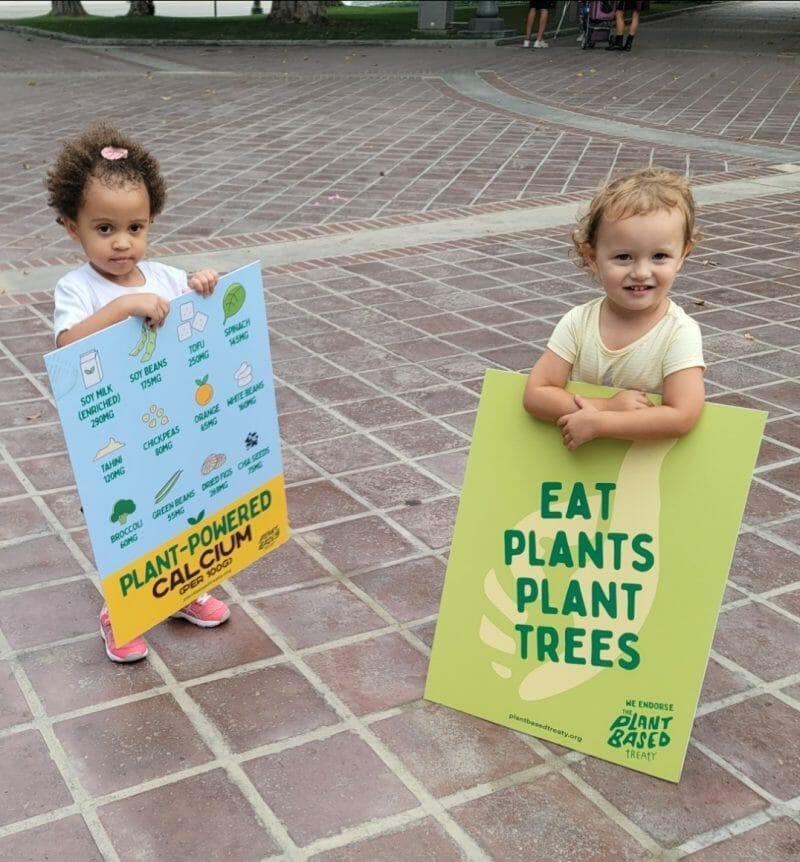 Plant Based treaty rally in Rome

Drew Shindell, a professor at Duke University who led a UN report on greenhouse gasses, said methane emissions are increasing faster now than at any time in nearly 40 years.

By taking a policymaking approach that considers the negative impacts of producing animal products and the benefits of going plant-based, governments can begin to stop — and reverse — the damage caused daily by animal-based food industries. Those negative impacts, as noted, include land degradation, deforestation, water and air pollution, biodiversity loss, ocean dead zones, and greenhouse gas emissions.

Without dramatic changes, the fight against climate change looks bleak.

“Cutting methane is the strongest lever we have to slow climate change over the next 25 years,” added UN Environment Chief Inger Andersen. “We need international cooperation to urgently reduce methane emissions as much as possible this decade.” 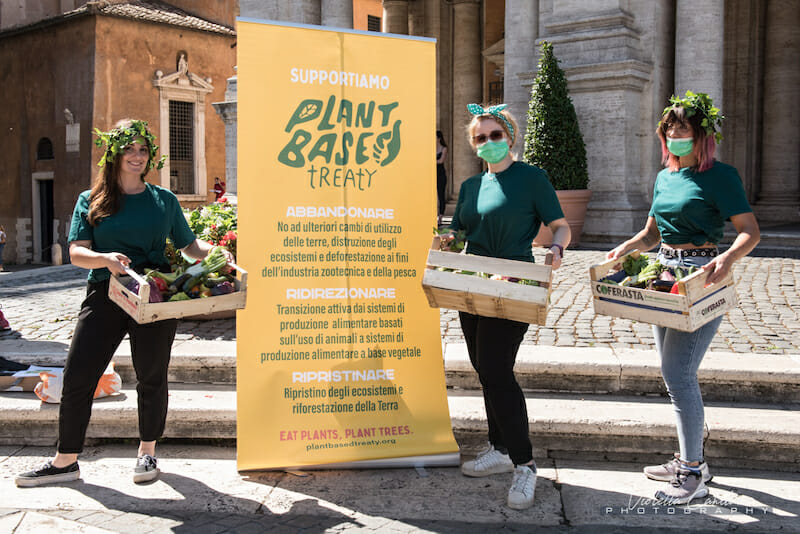 Plant Based Treaty rally in Rome

The campaign is aiming to leverage 10 million individuals, 10,000 organisations, 10,000 businesses and 50 cities to endorse the treaty by 2023, ahead of the Global Stocktake of the Paris Agreement (GST).

Learn more and endorse the treaty by clicking here.