SIGN: Justice for Groundhog Shot and Killed by Officer for Crossing the Street 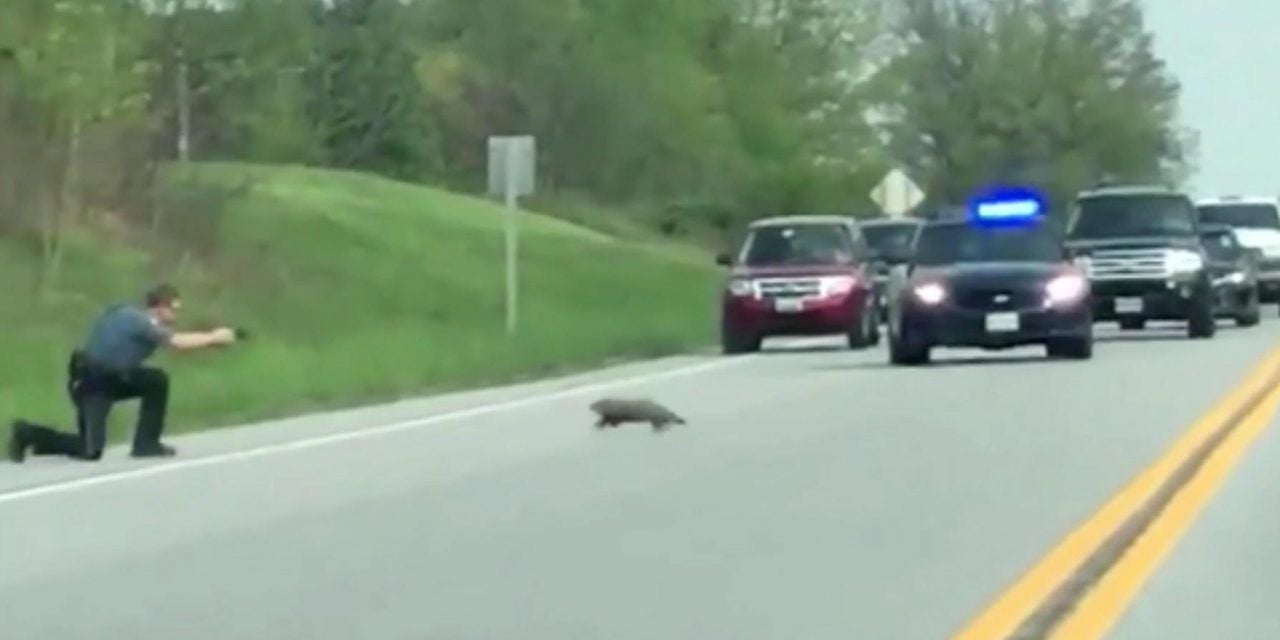 UPDATE (6/28/2021): A spokesperson with the Carroll County Sheriff’s Office told Lady Freethinker that no additional information will be shared in this case.

“This incident was reviewed and resolved as a personnel matter,” said Cpl. Jon Light via email. “As such, no further information was or is being released.”

We are disappointed that we will not be able to disclose the outcome of this case — including the deputy’s name, or whether he received any accountability for this unnecessary and atrocious act.

We want to thank the more than 17,000 people who signed our petition demanding accountability for this groundhog, who now hopefully is at peace from suffering. We will continue to fight for the welfare of all animals everywhere, and we thank you for your support in this mission.

What should have been a heartwarming rescue story in Carroll County, Maryland took a heinous twist. A police officer attempted to coax a confused groundhog across the street and out of traffic — but then the officer drew his pistol and savagely shot the groundhog, right in front of the shocked drivers.

The poor critter writhed helplessly in the road, and the officer unloaded a second shot to kill the groundhog dead.

The officer claims he shot the tiny animal because it was acting strangely, and may have been sick or injured. But this was not a public safety issue — it was an act of animal cruelty. Instead of going for his gun, the officer should have contacted animal control to humanely deal with the helpless groundhog.

Groundhog expert Gregory Florant, a biology professor at Colorado State University, told the Huffington Post the groundhog was probably simply trying to cross the road, most likely to reach its burrow, and was not acting out of aggression.

Killing a tiny animal just for crossing the road is simply not acceptable.

Sign this petition urging the Carroll County Sheriff’s Department to conduct a thorough investigation of the incident and to revisit their animal control procedures to prevent any more needless deaths.