PETITION UPDATE: Man Who Beat Sparky the Puppy with A Hammer Sentenced to Jail 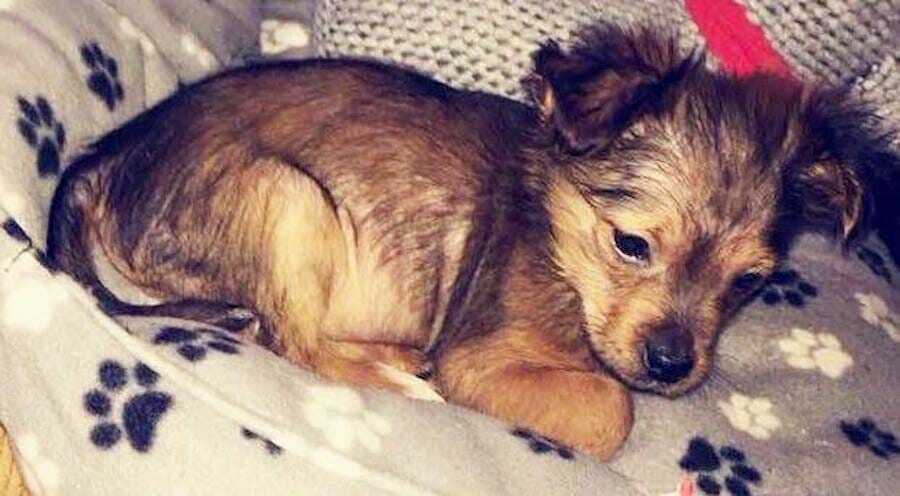 A man in Lurgan, Ireland has been jailed for the murder of an 11-week-old puppy.

On July 10, Craigavon Crown Court sentenced 24-year-old Kyle Keegan to two and a half years for the crime. Keegan, who admitted earlier this year to animal cruelty, will spend half of his sentence behind bars.

After being released, he will spend the remainder of his sentence “on licence,” or required to adhere to certain restrictive conditions (similarly to what’s known as “probation” in the United States).

The judge also imposed a 30-year ban on Keegan having any animals in his care.

Keegan was arrested for causing unnecessary suffering to animals in February 2018, after a mixed-breed puppy named Sparky was brutally beaten with a hammer and placed inside a microwave during a house party. He was identified as one of two males seen committing the gruesome act in a viral video that circulated on Snapchat and other social media platforms.

After Keegan and his 16-year-old counterpart murdered Sparky, his body was disposed of in a garbage receptacle at Ailysbury Park in Lurgan. An autopsy determined that Sparky had multiple fractures and severe brain trauma as a result of his head being smashed.

A Lady Freethinker petition urging the Police Service of Northern Ireland (PSNI) to arrest Sparky’s killers and ban them from having animals garnered nearly 25,000 signatures. Thank you to everyone who signed, helping in the fight to deliver justice to Sparky.

“It is difficult to imagine how violence could be any more gratuitous than when meted out to an 11-week-old small breed pup by the use of a claw hammer to stove its skull in,” Judge Neil Rafferty stated during Keegan’s sentencing.

“There is little can be said that would express the horror of this small dog’s death at your hands.”