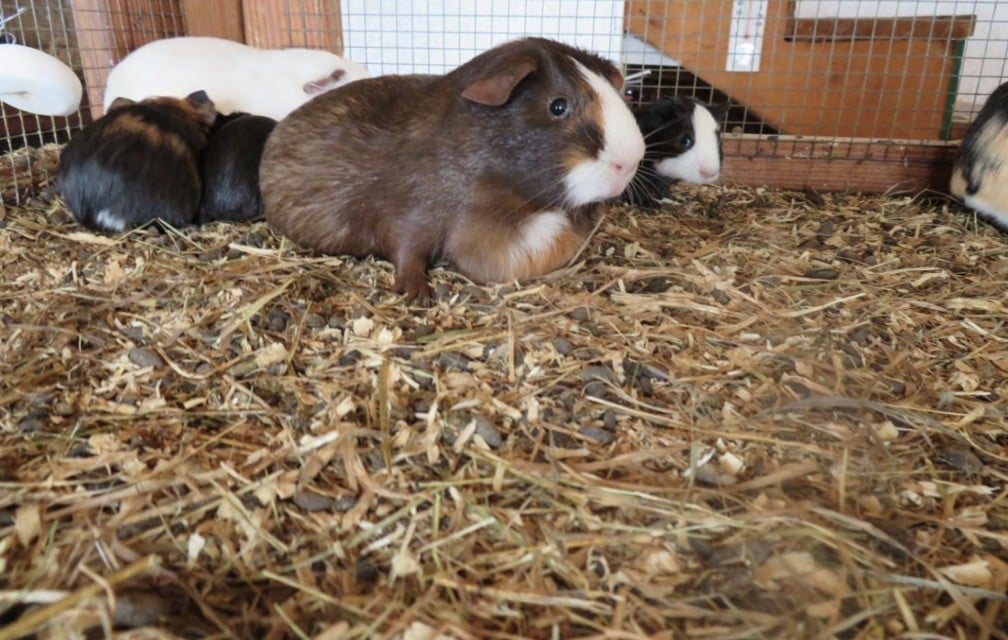 LFT sent our report and our petition to the USDA, county law enforcement, the Pennsylvania State Police by troop covering the breeders’ facilities, and prosecutors, with mixed results.

We did not receive a response from the USDA, but public records documents show three of the small animal breeders – located on Amsterdam Road in New Holland, and on Wagon Wheel Lane and S. Mill Street  in Loganton – had canceled their licenses as of the end of March, while four others are facing federal enforcement actions.

The USDA on 2/3/2022 filed an official warning against hamster breeder Rodney Bauman, of Perry County, alleging violations of indoor and outdoor facilities needing to be sound and citing an Oct. 20, 2021 inspection, in which an inspector wrote that Bauman reportedly was not maintaining records on the number of hamsters on hand. The inspector also found a dead Syrian hamster in a wall vent who reportedly had escaped his enclosure, crawled into the vent, and gotten struck by the fan, as well as a buildup of dust, dirt, and cobwebs, according to the report.

Inspectors did not note any noncompliances at Bauman’s most recent inspection on Jan. 25, 2022.

The USDA on 2/25/2022 filed an official warning against Malinda and David King, of Lancaster County, for alleged violations of providing adequate veterinary care and cited inspections from Oct.27, Nov. 2, and Nov. 17, 2021, in which guinea pigs were documented as having hair loss, crusty skin, and scabs. The inspection reports also show that one adult guinea pig with “multiple open wounds and hair loss with gaps in the top layer of skin with underlying tissue exposed” was killed following the inspection “by a family member in a manner not in accordance with the program of veterinary care” rather than receive proper care. The inspection reports also documented seven juvenile guinea pigs found dead in enclosures as well as repeated issues with sanitation and ventilation, according to the report. 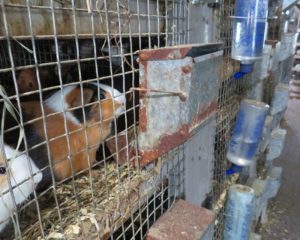 The warning noted that additional, documented noncompliances may result in civil penalties, but no additional enforcement actions have been taken to date, according to USDA enforcement records, despite a recent inspection on Feb. 24 resulting in five documented noncompliances, including guinea pigs with hair loss, crusty skin and scabs, loose guinea pigs, sanitation and storage issues, and an overcrowded enclosure housing 19 weanling guinea pigs in a space only large enough for 10, according to the inspection report.

The USDA on 3/3/2022 filed an official warning against Levi Stoltzfus, of Union County, for alleged lack of veterinary care in citing a Jan. 21 inspection. That report documents four guinea pigs with health conditions, including a weanling guinea pig with lameness and “small sore areas” on his legs where “skin was red that appeared to be due to dragging of the hind legs,” according to the report, as well as three guinea pigs with untreated masses.

Stoltzfus had two additional issues of noncompliance documented during a Jan. 21 inspection this year, but had no noncompliance noted at his most recent inspection on Feb. 1, according to USDA documents.

The USDA also filed an administrative complaint – a serious enforcement step that can lead to a revoked license – on 3/22/2022 against Amos and Katie Stoltzfus, of Clinton County. The complaint alleges that the Stoltzfuses failed to identify and contact their veterinarian about guinea pigs with medical conditions –  including guinea pigs with untreated masses, swollen feet, and  increased respiratory efforts and lethargy, according to the corresponding reports – as well as reportedly failing to ensure adequate ventilation, proper temperatures, or to provide their animals with potable water and adequate food, according to the complaint. 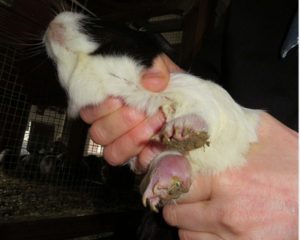 It wasn’t immediately clear why the three other breeders voluntarily suspended their licenses, although one of the breeders at his most recent inspection refused to allow the USDA inspector to conduct an animal welfare inspection, saying “he was too busy with his job” and that he was working on selling the rest of his herd and canceling his license, according to the inspection report.

On the local level, Centre County Sheriff Bryan Sampsel, PA State Police Troop G’s Christopher Fox, and Rockview station’s Lt. Andrew Lynn almost immediately followed up on our concerns regarding breeders in Juniata and Centre Counties. Lynn checked in with two of the breeders, who no longer had animals, and then sent a trooper to inspect a third reported location where he advised conditions “appeared clean,” and the animals “appeared to be well taken care of.”

Centre County’s Assistant District Attorney Joshua Andrews also reviewed our reports and USDA documentation but concluded, “Unfortunately at this time, there is nothing on which we can proceed.” 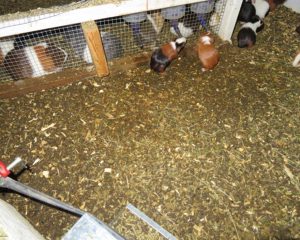 Chester County District Attorney’s Office Communications Director Michelle Bjork told LFT the county and the Pennsylvania SPCA (PSPCA) are “already aware of the issue and is working with local and state authorities to investigate.”

We did not hear back from any of the other sheriffs, district attorneys, or Pennsylvania State Police troopers we contacted despite repeated emails and faxes.

If you haven’t already, sign our petition demanding thorough investigations at these facilities, with any applicable federal or local animal cruelty charges forwarded on to prosecutors.