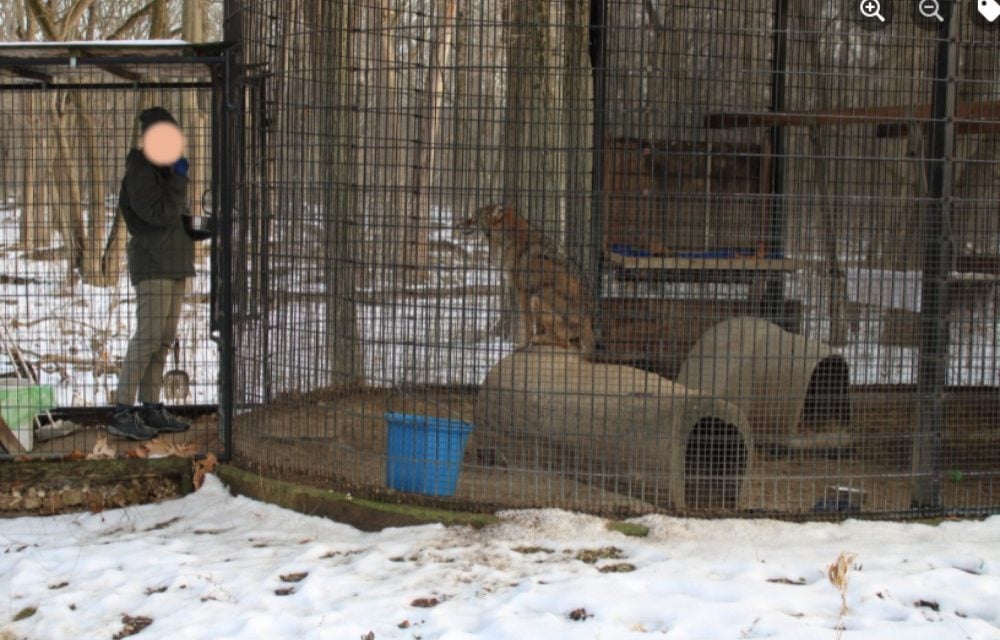 A former Cook County Board Commissioner who is now running for the Board’s presidential seat has joined the growing number of people nationally concerned about Rocky, a wild coyote held captive in a 266 square foot metal cage at a nature center in Northbrook, Ill.

Richard Boykin, a 53-year-old lawyer who served as a county commissioner from 2014 to 2018, referenced Lady Freethinker’s petition – and the almost 40,000 people nationwide who have signed it – urging for Rocky’s relocation to a reputable wildlife sanctuary, where he would have the chance to be with others of his own kind.

He also said that Rocky shouldn’t be on anti-anxiety medications or “treated like a circus animal to be trained to ‘do tricks for food,’” likely referencing documented clicker training or nature center staff commanding Rocky to “sit” before feeding him.

“I call for the immediate release and relocation of Rocky to a wildlife sanctuary where he can roam freely, as all coyotes should,” Boykin wrote in a press release. “Cook County government’s negligence on these and other matters has to be addressed.”

The Commission denied an appeal in January 2022 to relocate Rocky to the Wild Animal Sanctuary in Colorado, which included all expenses paid and so no cost to county taxpayers.

Rocky has since been a topic of heated discussion at numerous Board meetings, with those in favor of keeping him at the center citing that they like seeing him and that he is provided with care, and those opposed saying a small cage is no place for a healthy, uninjured and biologically wild animal who would thrive in a sanctuary environment.

Boykin’s call to release Rocky is one feature of a larger promise to improve animal welfare in the county, including creating a better system for reporting animal cruelty within the Forest Preserves and also limiting “ambassador” animals in captivity.

The county Commission is currently reviewing that program, with a report slated for release in July.

If you haven’t already, please sign Lady Freethinker’s petition urging Rocky’s relocation to a reputable sanctuary where he will have space, socialization with other coyotes, and a chance to exhibit more natural behaviors and thrive — rather than just exist.