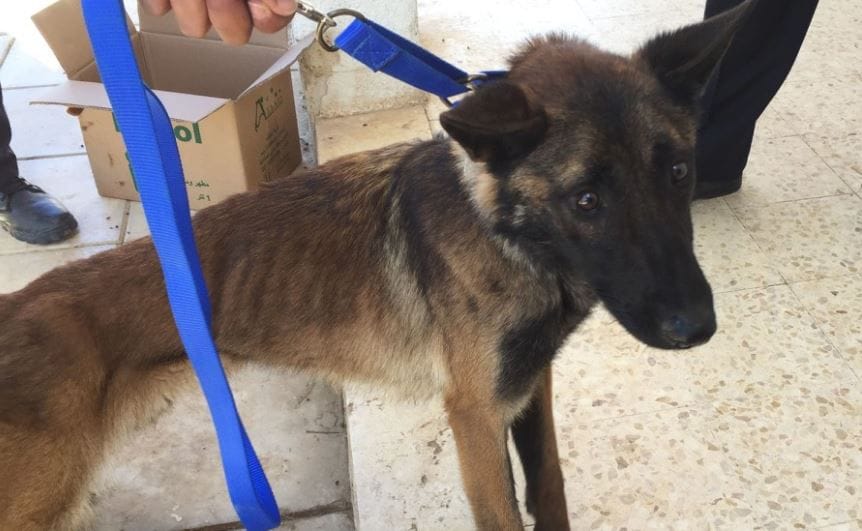 A new report reveals that nearly 100 dogs trained by the U.S. State Department to sniff out bombs were sent to Jordan to support security measures. Once there, the dogs endured filthy living conditions, were starved and dehydrated, contracted deadly diseases, suffered hip dysplasia and were severely overworked.

Shocking pictures from Jordan show the dogs’ terror-stricken faces and ribs protruding from their feces-covered skin.

Many of the dogs never came home.

The report found that since 2008, as many as 10% of the dogs tragically died in the care of Jordanian handlers, despite the presence of State Department mentors on the ground.

The signs point to severe neglect. The animals were forced to work in the desert heat to the point of exhaustion, and nonexistent veterinary care meant that medical conditions went untreated.

Even worse, the State Department has known since 2016 of the program’s pattern of neglect. Yet, it condemned 60 more dogs to a similar fate as the program continued through 2018.

Unknown numbers of innocent dogs continue to suffer and die. Documentation is so grossly insufficient⁠ that the State Department cannot confirm the exact numbers of dogs given to Jordan or that died there.

No dog trained to save lives should have to suffer and die from neglect.

Sign the petition to urge the State Department to make animal welfare a top priority, and take all measures necessary to ensure that no more dogs — nor any other animals used by the U.S. government — suffer such a fate.