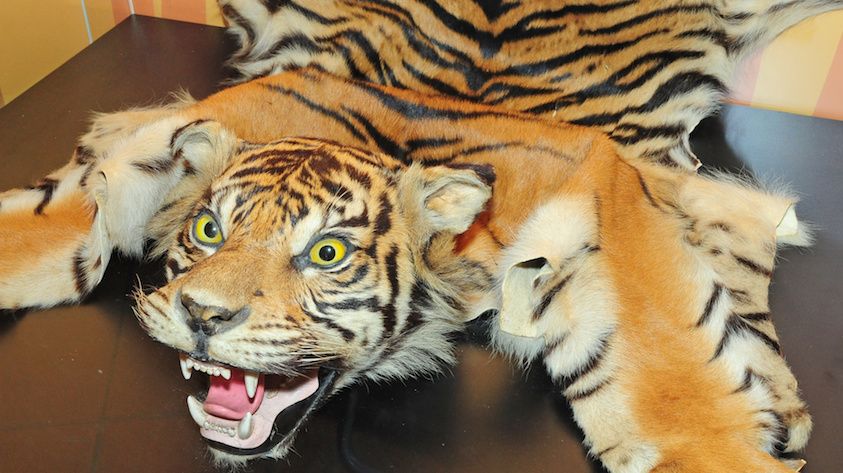 PETITION TARGET: Chinese Ambassador to the US Cui Tiankai

UPDATE: China has postponed implementing new regulation that would have allowed the use of tiger bone and rhino horn by hospitals, and domestic trade in antique tiger and rhino products.

In a shocking and devastating turnaround, China has backflipped on its 25-year ban on rhino horns and tiger bones, permitting slaughtered endangered animals’ body parts to be used by doctors and hospitals as human medicines — in spite of zero scientific evidence of their efficacy in treating any illness.

Horns and bones sourced from tigers and rhinos bred in “farms” are now permitted — but experts say it is almost impossible to know if the product is sourced from a farm or an illegally slaughtered wild animal.

The “farms” are horrific places. Rhinos are kept in tiny concrete pens. Unsocialized and unable to perform natural behaviors, they languish there for a lifetime while their horns are periodically hacked off.

Tigers kept in factory farms suffer in appalling conditions; confined to tiny cages, they are often drugged for use in tourist selfies as babies, then killed when they reach adulthood.

With fewer than 4,000 tigers left in the wild and 30,000 rhinos, conservationists are rightly concerned that this new market demand will push their numbers even lower as poachers cash in.

Sign this petition urging Chinese Ambassador Cui Tiankai to push his country to reinstate the ban on tiger and rhino body parts, so these animals don’t have to suffer in inhumane breeding farms or face extinction.

UPDATE: Thanks to the outcry of animal advocates around the world, we are thrilled to share the news that China has postponed reversing this ban, which would have allowed the use of tiger bones and rhino horns. Thank you for adding your voice to speak out for justice – we now urge China to keep this important ban in place permanently.